When the Digital Public Square Goes Up For Sale

Twitter shareholders have voted overwhelmingly in favor of approving Elon Musk’s bid to buy the company for $44 billion, despite Musk’s repeated efforts to back out of the deal. Whether the billionaire and the social media giant will come to terms remains to be seen (the two parties are set to face off in court beginning Oct. 17); either way, the sequence of events now playing out holds long-term ramifications for both business and society.

Before attempting to terminate the deal, Musk spoke with Twitter employees and shared his vision of turning the platform into the “world’s town square.”1 The wealthiest person in the world wanting to own space where people gather to mobilize, to call out injustices, to criticize powerful organizations and governments, and to coo at the latest cat videos? It may sound odd, but corporate ownership of media companies isn’t a new phenomenon. Newspapers, magazines and broadcast networks – some on the brink of financial ruin – today lie in the hands of some of the wealthiest and most powerful individuals and companies in the world. Here’s a short list to consider2:

Mark Zuckerberg, chief executive of Meta Platforms Inc., which includes Facebook, Instagram and WhatsApp, has come under harsh criticism for how Facebook handles the spread of fake news along with its abstruse community standards.3 Twitter has also struggled, contending with everything from spam bots to the propagation of misinformation. A study that examined the proliferation of fake news found that tweets with misinformation reached people six times faster than truthful tweets. Interestingly, real people – not bots – were to blame for populating the site with misinformation,4 but the number of bots on Twitter has become Musk’s stated reason for backing out of the purchase. (New whistleblower revelations from Twitter’s former security chief, who testified before Congress on Tuesday, may bolster his case.) That said, businesses are watching to see what happens to Twitter – many wondering what another billionaire or corporate takeover may signal for the fate of other social media platforms and our digital public square.

In 2018, former Twitter CEO Jack Dorsey told a Senate Intelligence Committee hearing of tech executives that people use Twitter as a space to hold healthy public conversation.5 “Twitter cannot rightly serve as a public square if it’s constructed around the personal opinions of its makers,” Dorsey explained in posts on the platform, adding that “a key driver of a thriving public square is the … freedom of opinion and expression.”6

Thousands of years ago, the public square emerged as the physical space where people gathered and a community’s social life took shape. The citizens of ancient Greece used the “agora” as their central meeting place. People opined, debated, discussed and connected. Today, Merriam-Webster describes the public square as “an open public area in a city or town where people gather,” and as home to “the sphere of public opinion.”7 Public squares have long been spaces not only for celebration, but also for protest and revolution.8 This marketplace of ideas is where those in power are challenged, and conversations about the perils or improvements to society take shape. German philosopher Jürgen Habermas describes this space as the public sphere, a place where rational arguments about public issues take place. A space where identity and status are not important.9

Today’s shared public space may lack the cobblestone finish, and since the pandemic, a lot less happens over a cup of coffee. Instead, today’s meeting places are digital and via social network platforms­, some donning an @ sign with 280 characters or less. But what does it mean when the world’s richest men decide to buy the public square? And what does it mean for the marketplace of ideas? Before trying to back out of the deal, Musk had indicated that he planned to loosen Twitter’s restrictions on speech, as many people have viewed the platform’s conversation to be overly politicized since the 2016 presidential election.10

Since the development of the internet, there’s been an evolution – I dare say a revolution – of social media platforms. Such platforms have altered the way everyday citizens engage with one another and with organizations and the community more broadly; specifically, social media have changed how society expresses and collects itself around social, cultural and political issues.11 Some even have considered the internet a “potential equalizer” for activist groups.12

Twitter was the first microblogging site that allowed people to create and send bite-size messages. What started as a space for sharing personal insights into one’s life has become a focal point for news, culture and politics. More than 69 million active users were on Twitter as of January 2021.13 For activists, the site has become an important communication resource – think Arab uprisings, the Occupy movement and Black Lives Matter. And consider this: One person’s original tweet can reach thousands (or more) based on the retweets and followers of others. This “Twitter Effect”14 is a recipe that allows decentralized groups “the power of organizing without organizations,”15 making the Twittersphere instrumental for activism. Sixteen years after Twitter was launched, however, some might argue that such online activism does not lead to real change. Adding a cause-related frame to your profile picture or signing an online petition is nothing more than “slacktivism.” That said, we witnessed the power of the modern networked movement during the summer of 2020 after the murder of George Floyd, when short messages and videos (em)powered (inter)national protests and Twitter, Instagram and other social networking sites proved to be influential megaphones.

For years, corporations have had the advantage to decide how and when to talk to consumers. If there was a new or improved product line or service, if someone ran for elected office, or if there was an event coming up or an organizational policy change going into effect, the organization sent a press release and used traditional media channels (i.e., radio, television, newspaper) to disseminate the news. If a company faced a crisis, executives could choose to respond via a press release that, again, used traditional media gatekeepers for publication.

Dating back to 1906, publicist Ivy Lee, considered a “father of public relations,” is credited with issuing one of the first press releases after a train wreck involving his client, the Pennsylvania Railroad. The press release was used as a way for the Pennsylvania Railroad to control the narrative before journalists could create one16 – and it worked. The New York Times published the release verbatim,17, and today, the press release remains a common PR tactic for sharing newsworthy information.

Social media have shifted the communication terrain, however, causing some to question whether the press release is dying out, serving as nothing more than a way for companies to self-promote. The rise of social media platforms has allowed consumers direct access to talk back to businesses about anything, from what they need to what they want. In turn, corporations have found the megaphone approach of social media beneficial to speak to current and potential customers in a way press releases cannot. While corporations should improve their social listening (listening and responding to what consumers say on social media), the current situation feels like a win-win for business and consumers.

What Would a Billionaire Takeover Mean for the Public Square?

Upon offering his bid, Elon Musk called free speech “the bedrock of a functioning democracy,” and Twitter “the digital town square where matters vital to the future of humanity are debated.” He suggested that promoting free speech would encourage more people with diverse views to enter the town square to dialogue.18 However, a potential Musk Twitter takeover has been likened to him buying the mayorship to a social platform rather than being duly elected. Twitter’s various communities or subgroups (i.e., Black Twitter, Gay Twitter, Trans Twitter, Asian American Twitter, Feminist Twitter) fear that Musk’s ownership of Twitter and his push for “free speech” would lead to an abundance of racist, homophobic and/or violent tweets.19 Moreover, increased billionaire ownership of media in general may make businesses feel less obligated to conduct social listening and more empowered to use social platforms, instead of press releases, to control their own narratives.

There was a time when American media prided itself on transparency and independence – the voice of people, accountable to the people. Social media now contain the voices of many beholden to the terms and conditions of the platforms’ owners (organizations like Meta, Byte Dance and Google). Musk’s Twitter takeover may simply signal one corporation passing the reigns to another who may choose to further monetize the public platform. Questions remain, but time will tell whether corporations see this moment with Musk as a trend for them to consider, a free pass to control the narrative in ways never seen before.

This commentary was updated Sept. 14.

1 “Elon Musk’s chat with Twitter appears to have resulted in more questions than answers,” Vanity Fair. Retrieved June 18, 2022, from https://www.vanityfair.com/news/2022/06/elon-musks-twitter-questions

3 “Everything bad about Facebook is bad for the same reason,” qz.com. Retrieved June 23, 2022, from https://qz.com/1342757/everything-bad-about-facebook-is-bad-for-the-same-reason/

9 Jürgen Habermas, 1989. The structural transformation of the public sphere: An inquiry into a category of bourgeois society. Translated by Thomas Burger with the assistance of Frederick Lawrence. Cambridge, Mass.: MIT Press.

16 “Press Release anatomy and history: Not much has changed,” Meltwater, Retrieved June 26, 2022, from https://www.meltwater.com/en/blog/press-release-anatomy-and-history–not-much-has-changed 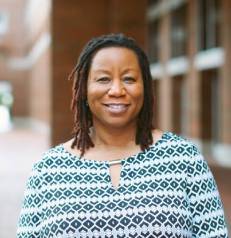