Monte-Carlo Integration is ubiquitous in science, engineering, finance and many other disciplines. It is well-known that quantum computing can achieve a quadratic advantage in Monte-Carlo Integration by using as a subroutine Quantum Amplitude Estimation (QAE), which is essentially a generalisation of Grover Search — one of the oldest and most famous quantum algorithms. However, until recently this advantage was merely theoretical, in practice substantial overheads (associated with the need to perform arithmetic operations on the quantum computer) rendered Quantum Monte Carlo integration (QMCI) NISQ-infeasible.

Join us for our next discussion as we welcome Cambridge Quantum Computing’s Senior Research Scientist, Steven Herbert, as he introduces the company’s state-of-the-art Fourier QMCI algorithm, the only QMCI algorithm to bypass the need for costly quantum arithmetic whilst retaining the full quadratic quantum advantage. Steven will also discuss some of Cambridge Quantum’s breakthroughs in state preparation and Noise-Aware QAE, which together with Fourier QMCI, pave the way for usual quantum advantage in Monte Carlo integration in the near-term.

Steven received the MA (cantab) and M.Eng. degrees from the University of Cambridge Department of Engineering in 2010, and the PhD degree from the University of Cambridge Computer Laboratory in 2015. He is interested in all aspects of quantum information and computation and his specific current research interests concern the efficient execution of quantum algorithms on near-term quantum computers. 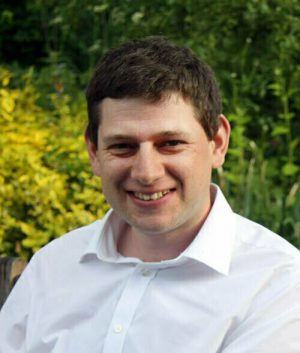