The Kenan Scholars research workshop series continued on Friday, Feb. 28, with a discussion on data literacy led by Nancy Lovas, Entrepreneurship & Business Librarian at UNC-Chapel Hill’s Davis Library. Lovas began by explaining that conducting research is like solving a puzzle, as it requires you to fit pieces together to identify a solution.

Ahead of the conversation, the scholars were prompted with the question “What is data literacy?” Responses included “identifying data,” “discerning facts through myths” and “appropriate data.” Through further discussion, participants recognized that there is not just one agreed-upon definition for data literacy. “It’s not just spreadsheets,” Lovas emphasized. She then discussed alternative forms of data, like images, for example.

“More data is being created than ever before, senior scholar Chris Karras noted, as the group began unpacking why data literacy is important. The scholars also acknowledged that supporting opinions with facts is a necessity and that a lot of time can be wasted when data literacy is not considered. Lovas reinforced the ideas by affirming that data literacy is one of the top skills employers have recognized their employees do not possess. Kenan Scholars Program Director Kim Allen also stressed the importance of noting how data is collected and interpreted in a research proposal.

In an effort to strengthen data literacy and awareness among the group, Lovas introduced the Junk Charts Trifecta Checkup as a helpful tool. The Trifecta Checkup includes three questions to consider when reviewing data: “What is the practical question?”, “What does the data say?” and “What does the chart say?” Scholars were tasked with utilizing this process in small groups to analyze an article on the gender pay gap. This proved to be a great exercise for students to analyze and critique current data as participants followed the activity with discussion and reflection. Dr. Allen concluded the workshop by connecting the data literacy discussion to the research core competency of the Kenan Scholars program. 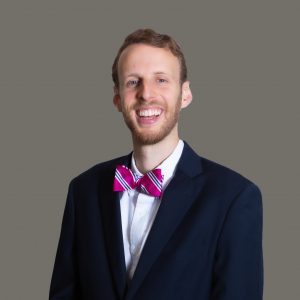