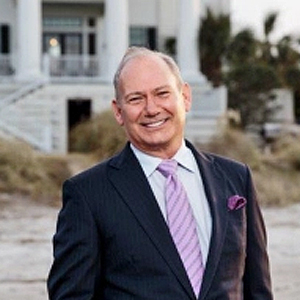 Jeffrey Lynn Davis is a business entrepreneur and founder of Chadsworth Incorporated, a column and architectural elements manufacturing company. Established in 1987, Chadsworth was originally a mail-order business located in Atlanta, Georgia. The headquarters for the company, now boosting a robust internet sales system, is based in Historic Wilmington, North Carolina. Conceived as a resource for both residential and commercial architects and their demands for quality, Chadsworth provides accurate, historically driven stock elements as well as products developed for high-end architecture. Jeffrey and his company have since developed a singular reputation as a leading manufacturer and distributor for columns nationwide.

A graduate of St. Andrews University, Jeffrey’s early career included work at Union Carbide and in the telecommunications industry prior to starting Chadsworth at the age of 26. Parallel to the development and refining of his own business, which epitomizes the “direct to user” approach that lowers costs for the building industry, Jeff became involved in the earliest days of two significant non-profit, architectural education organizations: the Institute of Classical Architecture & Art (ICAA) and the International Network for Traditional Building, Architecture, and Urbanism (INTBAU). The ICAA began with a summer program in classical architecture in an effort to fill a void in most university architecture programs, which were primarily theoretical and strictly modernist, and INTBAU was founded by HRH, the Prince of Wales to support traditional building practices around the world.

A practical-minded visionary, Jeff quickly become an indispensable presence on the board of the nascent ICAA, which had its beginnings in New York City in the early 1990s. Jeffrey served on the ICAA board for 17 years and continues to consult and promote the organization, in particular the organization’s 15 state and regional chapters located around the United States.

INTBAU began in 2001 with Jeffrey as one of its first advisory members and it has since grown to 33 chapters around the globe as a network of diverse professionals in support of adapting traditional building architecture and urbanism to modern needs and lives. A recognized innovator and leader in the building field, Jeffrey has long been an advocate for ongoing education for students and professionals in the industry, which is at the core of the ICAA’s and INTBAU’s missions. He has also served as a member of the Board of Directors of the Cape Fear Community College, where he established a scholarship for business students.

In addition to his philanthropic educational service, Jeffrey frequently lectures on classical architecture and the history of columns. He also has appeared on national television.

Jeffrey resides with his family on Figure Eight Island, North Carolina, where he is an avid photographer of the coastal landscape and its wildlife. He is also an inveterate globetrotter and participates regularly in the ICAA travel programs.