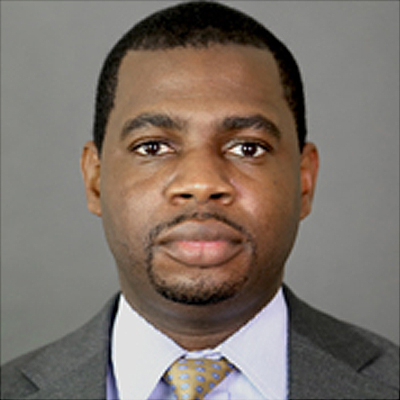 I was raised in Philadelphia, PA and attended Temple University’s Fox School of Business, where I graduated with honors with a degree in Actuarial Science. As the oldest son of nine children, and as a first-generation college student, it was necessary for me to not only pursue a career with strong growth, but also serve as an example to my younger siblings. I have firm roots in Philadelphia, but have lived in the Midwest, in multiple major cities along the East coast, and now in the South. However, I now feel like an adopted son of North Carolina. I received a graduate degree in economics from Duke University, spent three years as a project manager at BB&T in Winston Salem, and am now pursuing my MBA at UNC Kenan-Flagler Business School. As a current Tar Heel who met his wife at Duke, I can say that my heart now bleeds multiple shades of blue.

After graduating from Temple University, I joined Keystone Mercy as a healthcare actuary. There, I developed complex user interfaces and built reserving models for Medicaid populations in Illinois, New Jersey, Pennsylvania, and Ohio. While the work was intellectually stimulating and I knew I was helping an underserved population, I wanted to have a more tangible impact on peoples’ lives – most importantly on children. I was given the opportunity to have a marked impact on another underserved population: at-risk children. I went to work for a newly-formed charter school that targeted these students, and helped to design the mathematics curriculum. Such work satisfied my desire to always build-up underserved communities. This was the most challenging position I had ever taken, but it allowed me to see the limited impact I could have without a stronger understanding of the macro economy. Then, I pursued a graduate degree in economics and returned to the corporate world. I worked for BB&T in Winston Salem, NC where I helped rebuild the Bank’s commercial risk grade models and helped the bank pass its Stress Test.

Always determined to improve my skillset and marketability, I came to UNC Kenan-Flagler to get a better understanding of marketing, strategy and finance and to receive hands-on leadership training. With this new toolkit, I hope to pursue a career in strategy/consulting to help companies solve some of their most challenging problems.

I have four: 1) being a great father, 2) building my community through education, 3) analyzing sports stats, and 4) watching copious amounts of zombie television shows. I lost my father at an early age, so I always missed that close bond that is shared between a father and son. Once my son was born, that emptiness was immediately filled and my days are now joyous as I watch his development and ability to learn anything. While my greatest joy comes from teaching my son everything I know, I also enjoy teaching others as well. As a life-long learner who has a knack for teaching, I share this gift willingly and hope to use it one day to improve the quality of education in North Carolina. While education in North Carolina may be a concern, the sports teams are not. UNC, Duke and NC State have traditionally done well, but what explains the Carolina Panthers’ rise to dominance? In fact, how do teams such as the Carolina Panthers and Golden State Warriors go from bottom-feeders to title contenders? Trying to answer these questions by analyzing data is another huge interest of mine. Finally, who doesn’t enjoy a good (or terrible) zombie movie or television show? The Walking Dead is one of my all-time favorite shows, but I have also seen almost every zombie movie released in the last ten years. Watching zombie shows is a strange and enjoyable way to decompress after a long week.