Warning: date() expects parameter 2 to be int, string given in C:\inetpub\wwwroot\KIPE\wp-content\themes\kibase-v2\components\objects\ki.php on line 28

General Mark A. Milley assumed duty as the 39th Chief of Staff of the U.S. Army August 14, 2015 after most recently serving as the 21st Commander of U.S. Army Forces Command at Fort Bragg, North Carolina.

A native of Winchester, Massachusetts, General Milley graduated and received his commission from Princeton University in 1980. He has had multiple command and staff positions in eight divisions and Special Forces throughout the last 35 years.

General Milley and his wife have been married for more than 30 years and have two children. 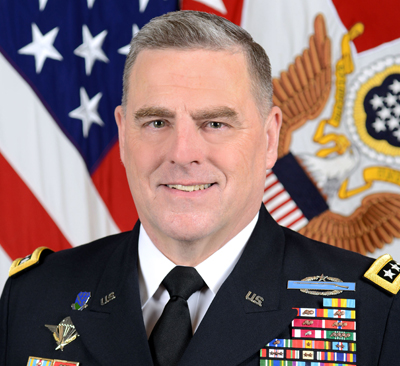