Stephen A. Schwarzman is chairman, CEO and co-founder of Blackstone. Mr. Schwarzman has been involved in all phases of the firm’s development since its founding in 1985. The firm is a leading global asset manager with $371 billion Assets Under Management (as of June 30, 2017).

Mr. Schwarzman is an active philanthropist with a history of supporting education and schools. Whether in business or in philanthropy, he has always attempted to tackle big problems and find transformative solutions. In 2015, Mr. Schwarzman donated $150 million to Yale University to establish the Schwarzman Center, a first-of-its-kind campus center in Yale’s historic “Commons” building. In 2013, he founded an international scholarship program, “Schwarzman Scholars,” at Tsinghua University in Beijing to educate future leaders about China. At $500 million, the program is modeled on the Rhodes Scholarship and is the single largest philanthropic effort in China’s history coming largely from international donors. Mr. Schwarzman currently maintains his position as Co-Chair of the Board of Trustees of Schwarzman Scholars. In 2007, Mr. Schwarzman donated $100 million to the New York Public Library on whose board he serves.

Mr. Schwarzman is a member of The Council on Foreign Relations, The Business Council, The Business Roundtable, and The International Business Council of the World Economic Forum. He is co-chair of the Partnership for New York City and serves on the boards of The Asia Society and New York-Presbyterian Hospital, as well as on The Advisory Board of the School of Economics and Management at Tsinghua University, Beijing. He is a Trustee of The Frick Collection in New York City and Chairman Emeritus of the Board of Directors of The John F. Kennedy Center for the Performing Arts. In 2007, Mr. Schwarzman was included in TIME’s “100 Most Influential People.” In 2016, he topped Forbes Magazine’s list of the most influential people in finance. The Republic of France has awarded Mr. Schwarzman both the Légion d’Honneur and the Ordre des Arts et des Lettres at the Commandeur level. Mr. Schwarzman is one of the only Americans to receive both awards recognizing significant contributions to France.

He is also the Former Chairman of the President’s Strategic and Policy Forum, charged with providing direct input to the President of the United States from business leaders through a non-partisan, non-bureaucratic exchange of ideas. 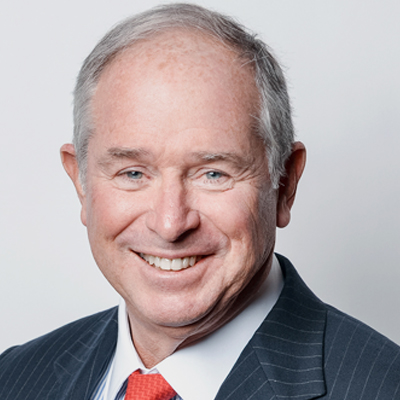