“Disruption” is a buzzword in Silicon Valley. It’s a word that dominates newspaper headlines, company press releases and shapes the public’s definition of the field of entrepreneurship. To receive funding, entrepreneurs are expected to show that they are disruptive, that their idea will forever change or improve an industry as we know it. But what if we demanded that same disruption from venture capitalists?

Arlan Hamilton, a keynote speaker at the 2020 Kenan Institute Frontiers of Entrepreneurship Conference (KIFE), is an example of someone raising and answering that exact question: What if we disrupted the venture capital space? Hamilton is the founder of Backstage Capital, a venture capital firm dedicated to funding “underestimated” founders: women, people of color and individuals who identify as LGBTQ. Her firm is an anomaly in the entrepreneurship ecosystem for many reasons. First, it is the first venture capital fund to be founded by a black, queer woman. Second, at the time of its creation, Hamilton was experiencing homelessness – an element that makes her story even more remarkable. Third, of the $7 million Backstage Capital has invested since its creation, all of the companies funded have at least one founder who is a woman, a person of color or someone who identifies as LGBTQ. Of venture-backed founders more broadly, only 9.2 percent are female, 1.8 percent are Latino, and only one percent are black. Backstage Capital is truly disrupting the venture capital space.

Following the example of Hamilton and Backstage capital provides a framework for other to disrupt the venture capital space. The first way we can disrupt the venture capital space is to follow the example that she is setting: increase diversity within the venture capital industry. By improving hiring and promotion systems in a way that attracts and retains diverse candidates, the entrepreneurship industry will naturally become more diverse. Findings from Morgan Stanley’s Beyond the VC Funding Gap report show that 71 percent of venture capital firms that hired more diverse fund managers, limited partners or board members found it a “very effective” way to increase the diversity of the companies and founders in which they invest. Additionally, the report found female and/or non-white venture capitalists are nearly twice as likely as their male counterparts to invest in companies led by women. Having venture capitalists who are willing to invest in diverse entrepreneurs with untapped potential is important. Morgan Stanley says that VC investment in women and minority-led firms is a trillion-dollar opportunity.

Despite research showing that female and minority-owned companies are good for business, other research shows that less than a third of VC firms have at least one female partner, two percent of investment professionals are black and one percent are Latino. Furthermore, only 11 percent of entrepreneurs say they have interacted with venture capital firms that include gender and racial diversity. Thus, if we want real disruption in the venture capital space, we must improve diversity among venture capitalists themselves.

Another way we can disrupt the venture capital space is by expanding the definition of venture capital, moving beyond the traditional model. In the spring of 2018, I was able to participate in this through the Honors Seminar on Entrepreneurship in Silicon Valley. As part of the program, I interned at the Draper Richards Kaplan Foundation (DRK), a global venture philanthropy firm. Applying the same skills used by venture capital firms, DRK finds, funds and supports social entrepreneurs. By providing funding and support, the DRK team helps social entrepreneurs scale in order to maximize their impact and create social good. While at DRK, I provided portfolio support to EYElliance, a coalition dedicated to meeting the international demand for eyeglasses. EYElliance uses innovative technologies and large scale distribution models to socially and economically empower the 2.5 billion people who are visually impaired because they do not have access to eyeglasses. This mission of empowering people through eyeglasses would largely be ignored by the venture capital community. However, EYElliance is able to create large-scale social good, due to the unique venture capital approach DRK employs.

Arlan Hamilton is a force of disruption in the venture capital space. Her example paves the way for us to further disrupt VC culture. By employing these strategies, we can acknowledge and validate that there is no one definition of an entrepreneur and strengthen diversity within the entire entrepreneurship ecosystem. 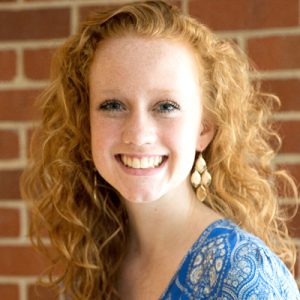