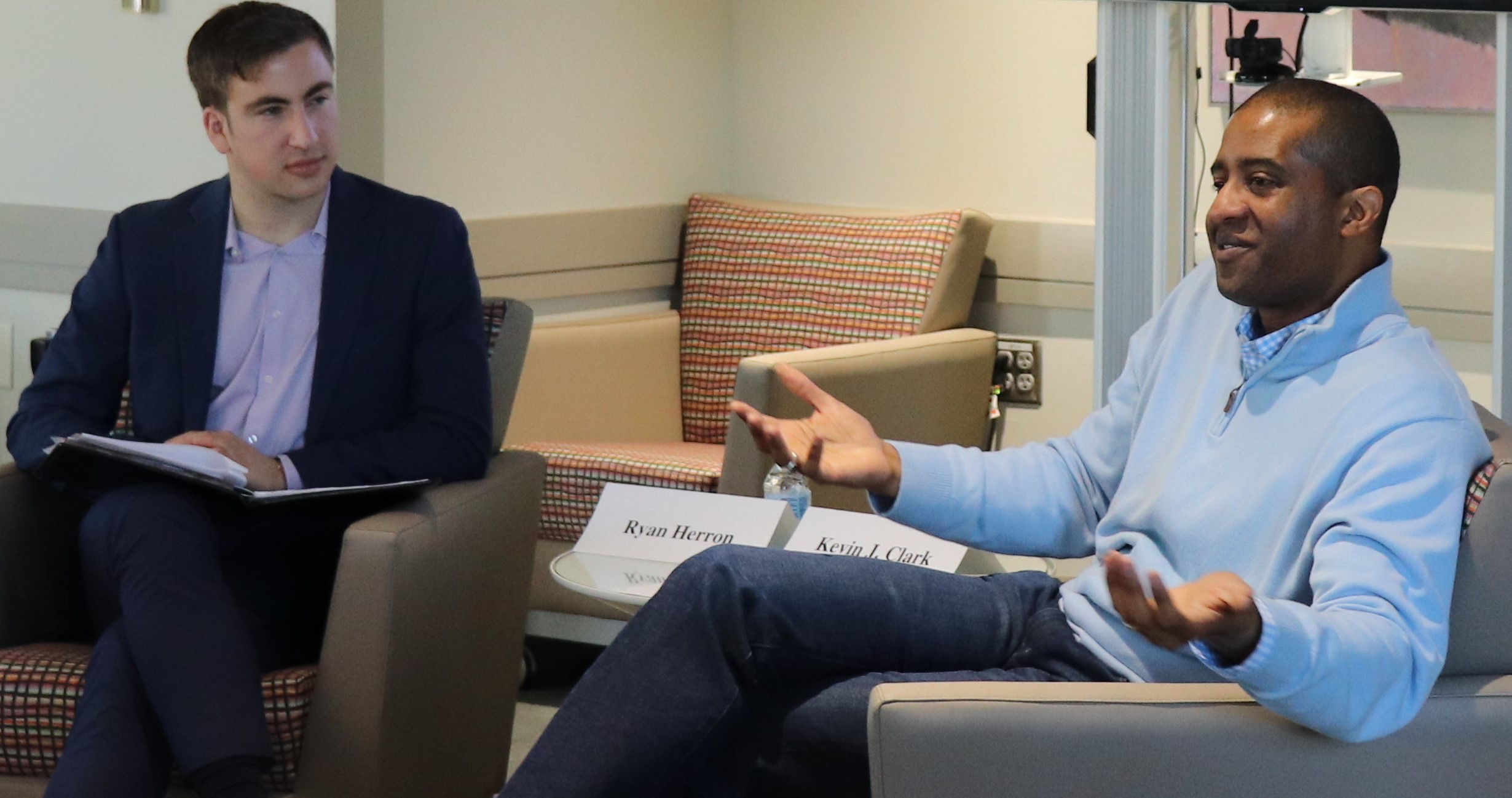 These are just some of the words Kenan Scholars used to describe Kevin Clark’s presentation to them at the Kenan Institute of Private Enterprise.

Clark’s authenticity was reflected in his colorful anecdotes. He began his story by describing his time at UNC. As one of the first students to use the McColl building in 1997, he shared his experience as one of only two black male students in the business program. Even then, Clark never let anyone tell him he could not succeed.

Even as an intern tasked with mindless jobs such as entering data from stacks of paper, he recalled taking every opportunity seriously. These moments built his brand as a hardworking individual. He advised the Kenan Scholars to do their best with every task given them, even those they may not want to do.

Clark told a lively story of getting a job he was not prepared for. Rather than declining or believing he could not do the work, Clark bought a “For Dummies” book and taught himself everything he needed to know. He also used the internet to glean more information and prepare himself for interview questions.

Five years after graduating from UNC, Clark returned to academia to complete his MBA in finance from the University of Pennsylvania’s Wharton School. Clark understood his weakness in finance and decided he needed to fill in his educational gaps. He recalled that, while he was not at the top of his class, he worked hard and stayed true to himself.

Staying true to himself and his passions was a major component of Clark’s talk. He continuously thinks about his purpose and what inspires him to work harder. This reflection allowed Clark to recognize that his passion is helping businesses become the best they can be. This led him to work for a series of companies such as Sears Holdings Corporation, Home Depot, EY, Facebook and now LinkedIn.

Helping businesses is just one component of what makes Clark work harder. Being an active member of his community through the Gifted Education Foundation and Board of Advisors for Kenan-Flagler allows Clark to open doors for students and give back to his Carolina family. Furthermore, Clark has mentored students into MBA and college readiness programs.

Clark left the Kenan Scholars with a message of the importance of believing in and supporting the UNC community. “My cousin plays for Virginia, but I’ll be wearing a Carolina shirt under a UVA jersey tomorrow,” he joked. Obviously, UNC will always be close to his heart.