One of Cooper’s contributions that helped earn him the Tillman Award was his research examining the influence of individuals’ socioeconomic status on their expectations regarding personal and macroeconomic outcomes.  Cooper’s work provides essential insights into understanding the effect of socioeconomic status on economic decision-making and planning, and could change how financial planning is approached in the future. Cooper was a key contributor to the  design, creation and implementation of the project, and was the driving force behind the research.  He will be listed as the primary author for a soon-to-be-published white paper detailing the findings.

Cooper has also been a consistent and reliable ambassador for the Kenan Scholars MBA program, speaking to first-year MBA candidates and prospective students about the merits and impact of the program. His commitment to the Kenan Scholars has been extremely valuable to the success and growth of the program. Cooper’s generous involvement extends to  his roles as Adam Smith Society president, Blockchain Club founder, and executive vice president of the Entrepreneurship and Venture Capital Club.

During her time at the Kenan Institute, Phillippa Owens’ main task was to assist Creative Director Jack Walker with website development, programming and IT Help Desk projects. Owens went far beyond her assigned job, becoming an integral part of the External Affairs team, taking on such tasks as a computer inventory system, maintaining audio-visual equipment and assisting with event logistics, website and graphic design, and online form creation.

Owens has had a tremendous impact not only within the Kenan Institute, but also on institute-affiliated centers and partners. She worked closely with NCGrowth  to develop Homegrown Tools, a web tool that connects public officials, practitioners and researchers to case studies of successful economic development strategies and helps communities leverage their unique assets to promote economic growth. Through this work and other projects Owens has undertaken, she has helped advance the Kenan Institute’s mission to develop and promote innovative, market-based solutions to vital economic issues.

Congratulations to Alex Cooper and Phillippa Owens on their contributions, leadership, academic achievements and, of course, their upcoming graduation! We wish them luck on all their future endeavors.

To learn more about the Rollie Tillman Jr. Outstanding Leadership Award and the Kenan Institute Impact Award, visit the webpage. 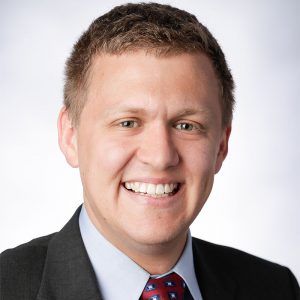