As part of the Investing in Affordable Housing symposium on Nov. 22 at the Kenan Center in Chapel Hill, David Hartzell, director of the Kenan Institute-affiliated Leonard W. Wood Center for Real Estate Studies, and Craig Miller, executive vice president of Terwilliger Pappas, analyzed a hypothetical development pro forma and discussed the challenges faced by developers attempting to build affordable housing.

Hartzell explained that housing development is a capital-intensive industry; developers need equity and debt capital to fund their projects. At the same time, lenders and equity investors require a significant return, which often limits the ability of developers to build affordable housing.

Miller pointed out the various challenges that developers face when trying to build affordable housing. He said that affordable housing is less profitable to developers due to lower rent rates, low rent growth rates and additional soft costs. Additionally, affordable housing developers must go through an extensive approval process that can be very costly. A final barrier is that low-income housing tax credits are highly competitive and securing them can be a very long process.

To address these challenges, Miller discussed the need for scalable tax credits as well as an allowance for increased density. Miller also pointed to a successful tax abatement program in Decatur, Georgia that other communities could emulate. Members of the audience contributed ideas as well, and expressed a shared urgency for entities across sectors to work together to increase affordable housing. 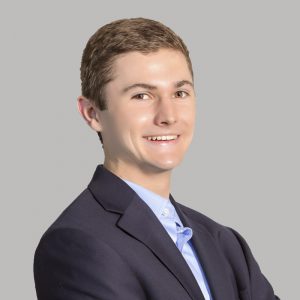