Researchers take a closer look at the impact of entrepreneurs, policymakers, scientists and others during the pre-commercial stage of industry formation

CHAPEL HILL, N.C. – A new research paper from Kenan-Flagler Business School at the University of North Carolina-Chapel Hill provides insight into how entrepreneurs, scientists, inventors, policymakers and others help influence and shape the emergence of new industries during the little-studied incubation, or pre-commercial, phase.

The paper, Athena’s Birth: Triggers, Actors, and Actions Preceding Industry Inception, was written by Mahka Moeen, UNC-Chapel Hill; Rajshree Agarwal, University of Maryland; and Sonali Shah, University of Illinois.  The authors note that extensive study has been done on how to promote novel products that are already sold on the market, and how new industries grow and gain legitimacy. However, relatively little attention has been paid to the period preceding commercialization, suggesting a belief that new industries spring out fully formed, “like Athena from the head of Zeus.”

But in fact there is a long story preceding Athena’s birth, as is also the case with the development of new industries.  The authors define the industry incubation stage as one sparked by a “trigger” event – the development of a solution to a technological problem, the introduction of a new product or service to address an unmet consumer need or a mission-oriented grand challenge.  This, in turn, begins to engage a broad range of actors who collectively help identify and build the potential for industry inception by resolving the critical technical and demand uncertainties associated with transforming the opportunity to a commercialized innovation. This incubation period can be a long one, averaging 26 to 28 years.

“There are important decisions made in the incubation stage that help determine the structure, strategy and performance of these emerging industries as they move toward commercialization,” says Moeen.  “Having a better understanding of how all these players interact will provide further insight into why these industries evolve the way they do, and what actions can help accelerate their emergence.”

There are a variety of actions that are common to the incubation period that are qualitatively different than what has been highlighted in the post-commercialization phase, according to the paper.  On the technology side, basic scientific discoveries are transformed into usable applications.  There is an effort to scout for advancements in complementary industries and to integrate that knowledge where appropriate.  Unlike the post-commercialization phase, the researchers found a high level of collaboration among various parties who have an interest in moving a technology to the market.

Predicting demand is a more difficult challenge as there are often no products or prototypes available to create or verify a market.  If you ask customers about products that they have never tried, they are unlikely to give you good feedback. Addressing this requires either shaping the social and economic perceptions of future customers, or securing lead users who may commit to product sales in the absence of the certainty that a market exists, say the authors.  For example, in the historic case of hybrid corn, several powerful magazine editorials shaped famers’ expectations about the new product. Farmers were also invited to experimental fields to see the new product firsthand. An alternative path for exploring potential demand focuses on securing sales contracts with large institutional buyers such as the military or the government.

The paper identifies six themes from the incubation stage:

In the paper, the authors discuss specific examples of the incubation stage of multiple historic industries, including the invention of the hybrid corn industry based on a technological discovery, the advent of the dishwashing machine industry based on an unmet user need and the emergence of penicillin as a life-saving drug during World War II based on a mission-oriented grand challenge.

The authors further question the common heroic story of the lone inventor toiling away in isolation to transform an idea into reality. Instead, “one of the most remarkable elements of the incubation stage is the concurrent experimentation and sharing of information among a broad range of parties that includes scientists and universities, user communities, and entrepreneurs and inventors,” says Moeen. “This knowledge exchange can both improve and accelerate the development process and speed the time to commercialization.”

The paper concludes that, “because new industry emergence is related to entrepreneurial dynamism, economic growth and national competitiveness, we believe research toward understanding the precursors of industry formation will greatly enhance our ability to support, harness and mobilize the variety of actors that spark and incubate new industries and thereby prime these engines of upward mobility and social well-being.” 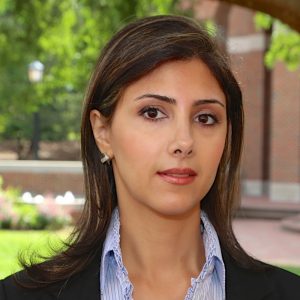