The Global Consortium of Entrepreneurship Centers recognized Dr. Ted Zoller, TW Lewis Distinguished Clinical Scholar and Professor of Strategy and Entrepreneurship, with the “Legacy Award.” This award is given to a select few who show outstanding contribution in advancing entrepreneurship at their university and creating a legacy impact on the field of entrepreneurship. Since 2012, only five distinguished educators have been selected for this honor.

“Ted’s selection for this award represents the immense contribution he has made to the entire field of entrepreneurship and the numerous lives that have been impacted by his work. He has developed UNC-Chapel Hill into one the most respected universities in the world for entrepreneurship and his leadership efforts in many global organizations have created long lasting initiatives that have demonstrated huge positive results. All of this work has added up to a true legacy for the entrepreneurship discipline.” said Dr. Donald Kuratko, The Jack M. Gill Distinguished Chair & Professor of Entrepreneurship at Kelley School of Business at Indiana University.

Dr. Ted Zoller has an extensive background in entrepreneurship. He is the founding instructor of Launching the Venture, which has increased the number of companies that spin off from UNC to lead national benchmarks. He also oversees New Ventures Launch, which provides the assets, resources, and strategies to prepare teams to pursue a soft launch of their business ideas. Dr. Ted Zoller is the director of the Entrepreneurship Center, an affiliate of the Kenan Institute of Private Enterprise.

Dr. Ted Zoller has received numerous teaching awards, including UNC Kenan-Flagler’s highest honor, the Roy W. Holsten Award for service to the school. The Deshpande Foundation also recognized Dr. Zoller in 2018 with the Outstanding Contributions to Advancing Innovation and Entrepreneurship in Higher Education Award for extraordinary achievements in entrepreneurship. Inducted in 2019 as a Justin G. Longenecker Fellow by the United State Association of Small Business and Entrepreneurship (USASBE), Dr. Ted Zoller is the innovator behind the Learn-Launch-Lead pedagogical framework, which has been instituted in such novel programs as the Startup-UNC venture development curricula, the Launch Chapel Hill Accelerator, the Adams Apprenticeship and the BLUE Live-Learn Entrepreneurship Community.

In regards to his latest honor, Dr. Ted Zoller said, “I am so humbled to be recognized by the Global Consortium of Entrepreneurship Centers (GCEC) with their Legacy Award, their capstone recognition for contributions to the field.” He added that “I also want to express my gratitude for the support of my colleagues at The Entrepreneurship Center and UNC Kenan-Flagler Business School and all of the thought leaders globally who I’ve had an opportunity to work with at GCEC.”

GCEC is the premier academic organization addressing the emerging topics of importance to the nation’s university-based centers for entrepreneurship. It has become the vehicle by which the top, established entrepreneurship centers, as well as emerging centers, can work together to share best practices, develop programs and initiatives, and collaborate and assist each other in advancing, strengthening, and celebrating the role of universities in teaching the entrepreneurs of tomorrow.

UNC Kenan-Flagler Business School, the Frank Hawkins Kenan Institute of Private Enterprise and the Entrepreneurship Center congratulate Dr. Ted Zoller on his selection as the Legacy Award Winner by GCEC. 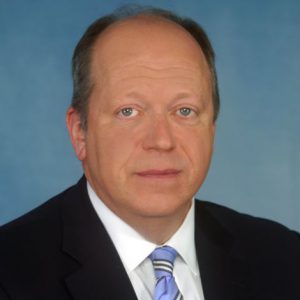