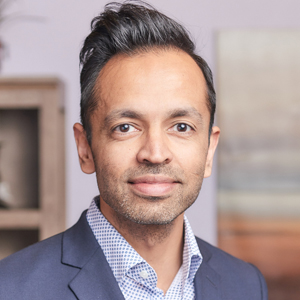 Amit Singh co-founded Spectraforce Technologies Inc in 2004. Spectraforce is a global IT consulting, workforce solutions and IT outsourcing services firm with CHQ in Raleigh, North Carolina and 11 offices/development centers across United States, India and Jamaica. Singh serves as the president and CEO of Spectraforce. He moved from India to United States in 1997 with a large global IT services firm, Syntel Inc. While at Syntel, Singh served as a delivery/solutions manager and was involved in consulting, structuring and management of IT deals and projects in an integrated onsite-offshore delivery model that created exceptional value for large Fortune 1000 clientele.

Singh received the Outstanding Young Alumni Award from the University of North Carolina at Chapel Hill’s Kenan-Flagler Business School, has been inducted into Beta Gamma Sigma and has been named to the Triangle Business Journal’s “40 Under 40” list. While at the helm of Spectraforce, the company was named to the Triangle Business Journal’s “Fast 50” every year from 2008 to 2015 and to “Inc. 5000” from 2009 to 2015. In 2009 and 2010, Spectraforce made the “Div 500” as a top diversity company in the U.S. The company earned a “Supplier of the Year Category III” distinction in 2009 from the Carolinas Minority Supplier Development Councils and was a “National Supplier of the Year Finalist” in 2010 for the National Minority Supplier Development Council. Staffing Industry Analysts named Spectraforce “Fastest growing firm” in 2011, 2012, 2014 and 2015.

Singh has served on the board of directors for the Raleigh Chamber of Commerce, the Business Board of Visitors for the North Carolina Central University School of Business, the chair of the Technology Committee, the Strategic Advisory Board for KnowledgeWell, a not-for-profit organization and advisor for Cherokee Challenge. He also works closely with the entrepreneurial community locally and globally and works with various programs at UNC Chapel Hill, North Carolina State University, The Young Indus Entrepreneurs (TYE), Symbion and is involved in mentoring and coaching entrepreneurs, MBAs, undergrads, BSBAs and executive students in developing and launching their businesses and careers.

Singh received his MBA in finance & entrepreneurship at UNC’s Kenan-Flagler Business School and his bachelor’s in electronics from D. Y. Patil College of Engineering at the University of Pune, India. Amit and his wife, Teena, have a daughter, Mahek.