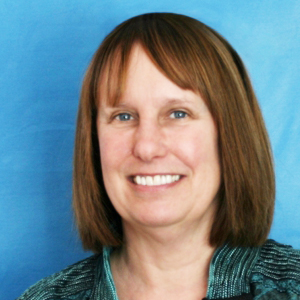 Dr. Barbara Entwisle is a Kenan Distinguished Professor and training program director for the Carolina Population Center (CPC). She previously served as CPC director (2002-2010) and the training program director (2002 to 2008). Dr. Entwisle rejoined the CPC in 2017. The CPC supports the population research and training activities of an elected body of 55-60 faculty fellows from 16 departments and five schools across the university. While CPC director, Dr. Entwisle doubled the size of the research program, received a perfect score on her most recent NIH center grant, and received an NIH MENTOR award for her NIH training grant. She built a new strength in “Population and Environment” area by winning an NSF IGERT (Integrative Graduate Education and Research Training) award (the only one at UNC so far) that more than doubled the number of faculty engaged in this area, spun out the Center for Galapagos Studies, and inspired a host of newly funded projects and collaborations.

Prior to rejoining CPC, Dr. Entwisle served as the vice chancellor for research at the University of North Carolina Chapel Hill (2011-2016). She lead a campus-wide research program spanning the College of Arts and Sciences, ten professional schools (including the School of Medicine) and 16 pan-university research centers and institutes. She contributed to the development of the overall strategy for the university, set priorities for investments in research and partnered with other units on campus to meet these priorities.

Her primary faculty appointment is in sociology, but she also holds adjunct and auxiliary faculty positions in geography, environment and ecology, international studies and Asian studies. Dr. Entwisle received her Ph.D. from Brown, postdoctoral experience at the University of Michigan-Ann Arbor and has spent most of her academic career at UNC Chapel Hill, where she was promoted up through the faculty ranks and named distinguished chair in 2007. Her research focuses on the demographic and health behavior in relation to the multidimensional environments in which this behavior occurs. Her signature contributions have included methodological innovations in the design of longitudinal surveys, novel data collection methods that integrate qualitative and quantitative methods, the measurement of dynamic social networks, the integration of spatial and social data and multilevel analysis.

Dr. Entwisle has served on numerous advisory groups for the National Academy of Sciences, the National Institutes for Health, the National Science Foundation and the Environmental Protection Agency, among others. Her contributions have been recognized by her election as a Fellow of the American Association for the Advancement of Science (2003), election as President of the Population Association of America (2007) and election as President of the Sociological Research Association (2014). She has also received five department-based teaching and mentoring awards, a university-wide award for Post-Baccalaureate Instruction (2004) and recognized as a PAA Honored Colleague (2012).

Her recent research has focused on two sets of projects. The first examines the demographic responses to rapid social change, migration and social networks and the interrelationships between population and environment in Northeast Thailand. The other project looks at two North Carolina Vanguard locations of the National Children’s Study (NCS), a large longitudinal study of how social, behavioral, community and environmental factors affect human health and development.