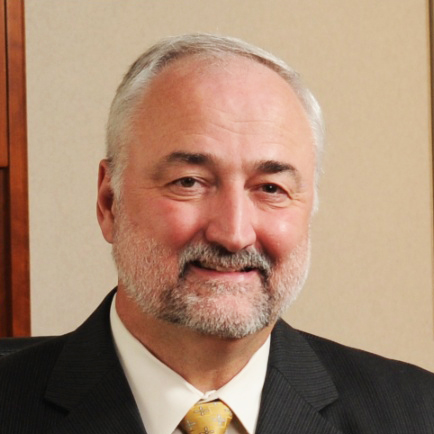 Dr. Holden is a distinguished researcher and clinical psychologist with more than 30 years of professional experience. He joined RTI as executive vice president of social and statistical sciences in 2005, overseeing the organization’s largest unit. Prior to joining RTI, he served as vice president, senior vice president and ultimately president of the research company ORC Macro. Before joining ORC Macro in 1998, he had a successful career in academia serving for more than 10 years in a variety of roles in the department of pediatrics at the University of Maryland’s School of Medicine. His positions there included director of pediatric psychology and tenured associate professor. He was also a faculty member for two years in the department of psychology at Auburn University.

Dr. Holden currently holds appointments as an adjunct professor in the department of psychiatry and behavioral sciences at Duke University’s School of Medicine and the department of health policy and management in the Gillings School of Global Public Health at the University of North Carolina at Chapel Hill. He is a fellow of the American Psychological Association and has authored more than 140 articles, books and book chapters on various topics in clinical child/pediatric psychology and health services research. During his career, he has served as principal investigator or officer-in-charge for over $100 million worth of research contracts and grants.

He has served on the board of directors/advisors for the Georgia Parent Support Network, the NC Methodist Home for Children, the Institute for the Ages, the Greater Triangle United Way and Ziptronix Corporation. Dr. Holden currently serves on the board of directors for the Emily Krzyzewksi Center and the Research Triangle Foundation. He was an elected trustee for the Triangle University Center for Advanced Studies, Inc. (TUCASI) and is currently a member of the North Carolina Advisory Committee for the U.S. Global Leadership Coalition.