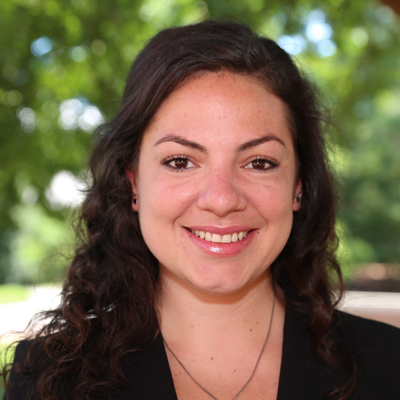 I have lived in three countries, four states, and more homes and apartments than I can count. My father is Guatemalan and my mother is Anglo-American and since they both work in public health, my brothers and I moved around a lot as young kids in pursuit of their next adventure. From a young age, I learned very quickly to bloom where I was planted and to thrive in environments with people of all backgrounds. I was born in Tucson, AZ; at five, we moved to Winston-Salem, NC as my father pursued his post-doctorate in Biochemistry at Wake Forest University. At seven, we moved to San Diego, CA as my mother earned a leadership role at an NGO. At eight, my father moved back to Guatemala and my mother moved with the NGO to El Salvador (and my siblings and I moved with her). Life in El Salvador really shaped me: growing up going to the beach almost every week, climbing volcanoes, speaking two languages, juxtaposed with witnessing severe wealth disparity, violence, and crime, not to mention surviving two major earthquakes and countless hurricanes. I lived there until I was 18, when I moved to Chicago to attend college and study Political Science and Anthropology.

With two parents in public health and growing up with a heightened consciousness of social, political, economic, and historical inequities, I knew I wanted to pursue a career invested in social impact. Upon graduation from Northwestern University in 2012, I worked briefly with the Illinois Senate Democrats for that election cycle. Following that, over the last four years I worked at two education-focused technology start-ups, in marketing and sales roles. I also worked as a contract PR consultant for two documentaries: “Inequality For All”, by former Secretary of Labor Robert Reich on the US current income inequality, and “The Square”, on the turbulent Egyptian revolutions in 2011-2013. With four years of experience in social impact, I came to UNC Kenan-Flagler to concentrate in Marketing and Sustainable Enterprise, and to formalize my business skills to continue making a lasting impact through business in the social sector.

In my free time, I enjoy crafting, sipping and learning everything I can about beer and wine, cooking, writing on my blog, Skyping my brothers, and pro-bono coaching others on job-search skills.