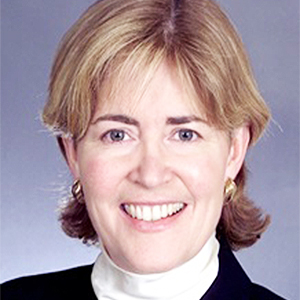 Karen A. Popp is a partner in the Washington, D.C. office of Sidley Austin LLP, where she is global co-leader of the firm’s White Collar: Government Litigation & Investigations group and has served as member of the firm’s Executive Committee. She has an expansive practice representing companies and individuals in high-profile matters with legal, political and public relations components, such as corporate criminal defense, internal investigations, SEC Enforcement, Congressional investigations, OIG and State Attorney General actions, corporate compliance and litigation. Chambers USA recognizes her as a leader in the fields of White Collar and FCPA. Her practice is informed by a wealth of government and private sector experience, including service as a federal prosecutor in New York, a lawyer in the Office of Legal Counsel at the U.S. Department of Justice and associate White House counsel to President Clinton.

Popp was a Wall Street litigator with Sullivan & Cromwell before joining the U.S. government in the early 1990s. She currently represents clients across a host of industries in a wide range of matters involving allegations of criminal, civil and ethical wrongdoing. Her clients range from major corporations to prominent business and political figures, including a U.S. Presidential Cabinet member. She has been retained to lead confidential worldwide internal investigations and defend corporations and individuals in government investigations relating to alleged fraud, corruption, accounting irregularities, false claims and antitrust. Popp also assists clients in developing, auditing and enhancing corporate compliance and ethics programs, and currently serves as outside counsel to several corporate compliance departments. She helps companies to respond to internal allegations of wrongdoing, conducts training for boards of directors, management, compliance departments and other company personnel, and conducts compliance due diligence regarding corporate acquisitions and joint ventures.

Repeatedly recognized for her work, the Legal 500 US notes that, “The ‘highly experienced and knowledgeable’ Karen Popp provides ‘expert and practical advice.’” Benchmark Litigation named Popp a “Litigation Star” (both nationally and in Washington, D.C.) for her White Collar practice. Global Investigation Review named her as one of the Top 100 Women in Investigations in the world. Washingtonian magazine has included Karen in its current roster of “Top Lawyers in Washington,” and she has been recognized yearly by The Best Lawyers in America in Criminal Defense: White-Collar and Commercial Litigation and has been named by Super Lawyers magazine as one of the Top 100 lawyers in Washington, a recognition based on a vote of peers. Popp has also been recognized by the International Who’s Who of Business Crime Defence Lawyers. She has been named for several years to the Top 250 Women in Litigation, a publication honoring the achievements of female lawyers in litigation practices in the United States. Super Lawyers magazine has named her one of the Top 50 Women Lawyers in Washington, D.C. The recipient of the “First Annual Transformative Leadership Award” given by InsideCounsel Magazine in 2010, Popp also was the 2006 recipient of the “Star of the Bar” award by the Women’s Bar Association of the District of Columbia. She has received the Thurgood Marshall Award given by the New York City Bar Association.

Popp serves as a member of the Planning Committee for the ABA Criminal Justice Section for the Global White Collar Crime Institute, which was held in Shanghai, China in 2015 and São Paulo, Brazil in 2017. She is also chair of the Chief Compliance Officers’ Forum and is co-founder and chair of the Women’s White Collar Defense Association. Popp is also a Board Member of the Women in Law Empowerment Forum and serves on the advisory board for the Women’s Power Summit on Law and Leadership. She has held several leadership positions at the University of North Carolina, serving as chair of the board of trustees at UNC Charlotte, member of the board of directors of the University of North Carolina School of Law Alumni Association and chair of the Chancellors’ Scholars Committee of UNC School of Law. She also served on the Presidential Search Leadership Statement Committee, which was part of the selection process for naming Margaret Spellings as the new President of the University of North Carolina state-wide system.

Popp is on the board of directors for the Higher Education Works Foundation. She is a former member of the North Carolina Council for Women, a position to which she was appointed by the governor of the state. She also served on the faculty of the National Institute for Trial Advocacy and was a member of the Host Committee’s Steering Committee for the 2012 Democratic National Convention. Popp also previously served on the Advisory Board for Best Buddies International, Inc. A frequent speaker at national conferences, she has provided legal commentary on CNN, Fox News and NPR, and served as a consultant on the television show “The West Wing.”