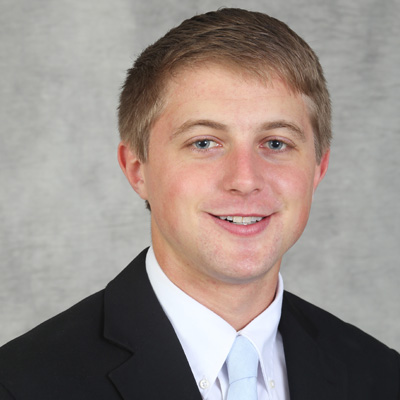 I was born in Charlotte, and grew up in North Carolina before attending boarding school at McCallie in Chattanooga, Tennessee. I joined the rowing team as a coxswain on the first day of my freshman year, and never looked back. After serving as coxswain for four years in high school, I was recruited to the heavyweight rowing team at the University of Pennsylvania. I received my B.S. in Economics at Wharton with a concentration in Finance, and spent four years after college working at Bank of America in Charlotte, most recently as a Credit Analyst in the Leveraged Finance group. I have been lucky to work with and learn from an incredibly devoted and talented group of teachers, fellow students, bosses and coworkers in my academic and professional life. I look forward to continuing that tradition at UNC, and am honored to be named a Kenan Scholar.

I enjoyed my time with Bank of America, which provided a solid foundation in the fundamentals of risk analysis, critical thinking and excel modeling. I especially valued the ability to work in different groups to get exposure to different team-members, as well as the ability to work in a wide range of industries. As a Credit Analyst I worked on dozens of debt underwriting transactions involving financial sponsors in the Healthcare, Technology, Energy and Consumer/Retail industries. I synthesized financial, legal, and qualitative due diligence for leveraged buyouts, refinancings, mergers and acquisitions, debt maturity extensions and leveraged recapitalizations.

Outside of work, I coached a high school rowing team (the aptly named Charlotte Youth Rowing) for four years. Additionally, I joined the Board and still serve as Treasurer of Joedance LLC, a charity founded to support Charlotte filmmakers and raise funds and awareness for rare pediatric cancer research at Levine Children’s Hospital. I also love running, cycling, soccer, live music, travelling and cheering on McCallie and Penn – and now the Tar Heels!