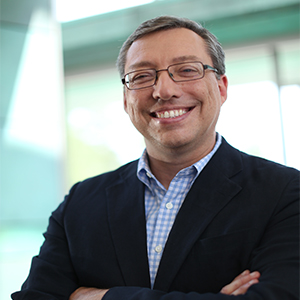 To achieve this, Bob is responsible for maintaining and expanding relationships between North Carolina’s educational institutions and RTP industry. He also leads the first redevelopment in RTP’s history – Park Center. The Park Center project signals a new beginning for RTP, and will include inspiring areas of density meant to encourage creative thought. Through a focused effort of creative collaborations, and his ability to dream big, Bob has ignited a new era in RTP’s history.

As part of the Park Center project, Bob initiated the launch of a new space in RTP called The Frontier. Imagined as an open innovation area, The Frontier is a tangible example of what Park Center one day will be: a place where anyone can come to access resources, feel connected to a community, and be inspired by the work that’s occurring. Bob’s vision and implementation of The Frontier is only the beginning of what’s to come in RTP’s future.

With more than 20 years of experience uplifting research Parks, Bob has a proven track record of success. Prior to his current role, Bob was the Executive Director of the Clemson University International Center for Automotive Research (CU-ICAR) where he took a vision for the campus from dream to reality. In his earlier career, Bob led North Carolina State University’s Centennial Campus and Centennial Biomedical Campus. During his tenure, more than 1.48 million square feet of space was developed.