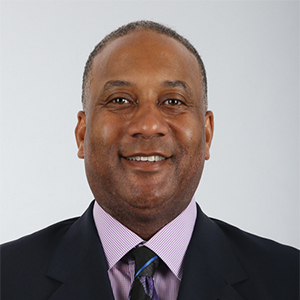 Seth Bennett is the Senior Vice President of Marketing, Entertainment & Interactive Media for Hornets Sports & Entertainment. In this role, he is responsible for departments including marketing and advertising, event and game presentation, interactive media, creative services, communications, radio and television broadcast, technical operations, the Hornets Fan Shop and team ambassadors. Bennett is also responsible for overseeing the launch of the organization’s NBA D-League franchise, the Greensboro Swarm, which is scheduled to begin play in 2016-17 and will supervise the business operations of the D-League team.

Over the last two years, Bennett has served as one of the franchise’s primary leaders in the rebranding to the Charlotte Hornets, managing all aspects of the process on a day-to-day basis.

Bennett initially joined the organization in September 2006, overseeing corporate partnerships and grassroots marketing. Since then, his responsibilities have included managing the team’s broadcast relationships with TV partner Fox Sports Southeast and flagship radio network WFNZ, the selection and scheduling of regional preseason games across North and South Carolina and the revamping of the team’s game presentation, as well as the redesign of the team store and the introduction of exclusive co-branded Jordan Brand apparel into the store’s inventory

Bennett has more than 25 years of experience in a variety of areas across sports and entertainment. As owner and founding principal of The Event Authority, he produced over 400 live events for various college and high school athletic programs and entertainment entities. That list includes nine HBCU Football Classics, the Jordan Brand Classic high school basketball all-star game and the HoopTee Celebrity Golf Classic, as well as the corporate entertainment for the PGA Tour FBR Open in Phoenix. He also spent eight years working in intercollegiate athletics.

Bennett earned his bachelor’s degree in public relations in 1993 from North Carolina A&T State University, where he played football for the Aggies. He and his wife, Michelle, have one son, Seth Michael.