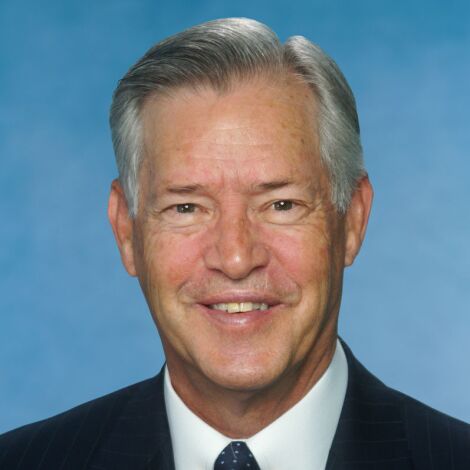 Professor of the Practice of Finance, Director of the Energy Center, UNC Kenan-Flagler Business School

He comes to UNC Kenan-Flagler from the C.T. Bauer College of Business at the University of Houston where he was Executive Professor of Finance and received the Bauer College Payne Teaching Excellence Award in 2008.

While treasurer of Chemicals, he was responsible for the financing of Exxon’s $40 billion worldwide chemical business. He served on joint venture boards with Exxon partners in Saudi Arabia, Australia and the United States. Over the course of his career, he led or participated in more than $4 billion in capital market and project financing. He also worked in operating affiliates encompassing petroleum refining, petrochemicals, marketing and logistics.

Professor Arbogast has written over 70 case studies which are core teaching materials for his courses. The cases include many transactions he led or participated in during his Exxon career.

He also has written numerous articles on the energy industry and is the author of Resisting Corporate Corruption, which offers case studies and essays examining the causes of unethical corporate behavior and the options available to employees for resisting such activities. It includes cases covering Enron from early days until its bankruptcy in 2001, as well as cases on the ethical dilemmas at Countrywide, Fannie Mae, Goldman Sachs, Citigroup, AIG, Lehman Brothers, Bear Stearns and the rating agencies leading up to the financial crisis.

Professor Arbogast has been a member of the National Renewable Fuels Laboratory (NREL) Biofuels Technical Review Panel since 2008. He was principal investigator on a study for NREL entitled “Preferred Paths for Commercializing Pyrolysis Oil at Conventional Refineries” from 2008-2010.