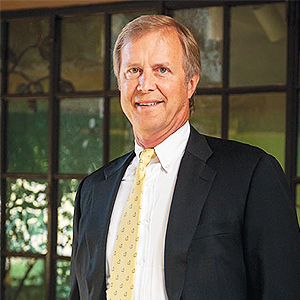 In 2013, Steve Nelson co-founded Carbon, a Silicon Valley-based additive manufacturing company which works at the intersection of hardware, software and molecular science. He has held positions as both the company’s CEO and chairman. Nelson currently serves as an advisory board member for BioLabs North Carolina and the U.S. Women’s National Soccer Team Players Association. He also is a board member for IPG – Integrated Surgical Solutions, BlueCross BlueShield of North Carolina and Sift Media, Inc. Additionally, Nelson is an operating partner for Havencrest Healthcare Partners.

Prior to co-founding Carbon, Nelson served as managing partner of Wakefield Group from 1999 to 2013. He established the venture capital firm’s Research Triangle Park, N.C. office. He joined Wakefield after 19 years of executive and general management experience in technology, software and Internet-based businesses. Before starting at Wakefield, Steve was at Quokka Sports, a digital sports media company, in several executive capacities. Quokka raised over $140M in capital and successfully completed an IPO in 1999. He served as the San Francisco-based top executive and general manager of a joint venture company between NBC Sports and Quokka Sports, NBC/Quokka Ventures, where legendary and former NBC Sports Chairman, Dick Ebersol, served as chairman.

Prior to Quokka, Nelson worked in as a vice president with Informix Software in Menlo Park, California. His first business experience was 14 years at IBM, where he ultimately served as vice president and general manager in San Francisco. Nelson is a former member of the board of directors of many companies, including Constella (sold to SRA International), APEX Analytix (sold to PNC), RxMedic (sold to QS/1) and Motricity (NASDAQ – MOTR). He is a past Chairman of North Carolina’s Council for Entrepreneurial Development (CED). From 2001-2009, he served on the Investment Advisory Committee for two consecutive popularly elected state treasurers of North Carolina.

In 2010, Nelson was invited by the chancellor of the University of North Carolina at Chapel Hill to be a member of the Innovation Circle, named co-champion for their commercialization and collaboration initiatives. That same year, then-Governor of the State of North Carolina, Beverly Perdue, created the first ever North Carolina Innovation Council and asked Nelson to serve as co-chair with the goal of advising the governor on coordinating public and private investments and policies to promote innovation; moving innovative ideas from the lab to the marketplace more efficiently; and strengthening collaboration among business, academia, state and local government.