Older Adults and the Challenges of Aging in Place

We are an aging nation. The U.S. population age 65 and older is growing more rapidly than the total population (Johnson and Parnell, 2016). Moreover, below replacement level fertility, continued aging of the baby boom cohort, and increased life expectancy after age 65 almost assure that older adult population growth will continue to outpace total population growth over the next quarter century (Johnson and Parnell, 2016; Exner, 2014; Xu, et.al., 2014, 2016). This demographic shift raises critical questions regarding how will we pay for long term services and supports for a burgeoning U. S. older adult population (Bosworth, Burtless, and Zhang, 2016; Atkins, 2016; Atkins, Tumlinson, and Dawson, 2016; Hoagland, 2016; Mann, et.al., 2016; Rother, 2016; World Economic Forum, 2017).

Most older adults prefer to age in their homes rather than in an institution (Farber and Shinkle, 2011; Cirillo, 2017; Eisenberg, 2015). However, in order to successfully age in place, age-friendly modifications are usually necessary to prevent life-threatening accidental falls and exposure to other environmental risks or hazards that unfortunately are all too common among older adults living their lives in their own homes today (Tinetti, Speechley, and Ginter, 1988; Ambrose, Paul, and Hausdorff, 2013). In 2015, according to the CDC, “the cost for falls to Medicare alone totaled over $31 billion” (CDC, 2016). Looking ahead, as the CDC stresses, “[b]ecause the U.S. population is aging, both the number of falls and the cost to treat falls are likely to rise” (CDC, 2016). Clearly effective policies and strategies to foster and facilitate successful aging in place are needed to reduce the number of life threatening falls and address other challenges that accompany the aging process.

Above and beyond their own physical, socio-emotional, and mental frailties, older adults’ ability to successfully age in place will hinge on the age and structural condition of their dwelling, whether they own or rent, and their current family living arrangements. These factors will influence their ability to pay for needed modifications of an existing dwelling or relocation to alternative housing that is age friendly (Johnson and Appold, 2017).

Depending on the age and structural condition of the dwelling unit, age friendly modifications can be very expensive (Heller, 2016; Williams, 2014; JCHS, 2014), especially if assistive technologies designed to support aging in place are a core component of the solution (Peek, et al., 2016). In some instances, the dwelling may be in such a deteriorated state that relocation is the only reasonable option for successful aging in place. This also can be very expensive—and difficult where the older adults are long-term residents of their current dwelling and deeply rooted in the institutional and social fabric of their local community (Novack, 2011; Lofquist, et.al., 2012).
Modifying an existing home or moving to an alternative house may be doubly difficult when older adults are involved in multi-generational living arrangements (Xu, et al., 2016; Cohn and Passel, 2016; Niederhaus and Graham, 2013; Barnett, et. al., 2016; Bitter,2016; Josephson, 2016). Recession-induced employment dislocations, get tough on crime policies, the recent housing foreclosure crisis, and America’s prescription drug overdose epidemic—a tragic development that is leaving behind significant numbers of orphaned children—are among the recent developments that have forced many older adults into caretaker roles (Cohn and Passel, 2016; Carrns, 2016; Fry and Passel, 2014; Lofquist, 2012; Gamboa, 2016; Abrahms, 2013). In such instances, older adults are providing lodging and other basic necessities for adult children, grandchildren, and /or other relatives. In other instances, the aging process itself has forced some younger family members into caregiver roles, housing and assuming primary responsibility for the wellbeing of an older adult parent, parent-in-law, or other relative (Johnson and Appold, 2017; Cohn and Passel, 2016). These caretaker and caregiver roles can impose financial constraints on the ability of such households to make age-friendly home improvements or modifications. 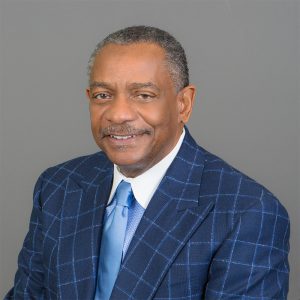 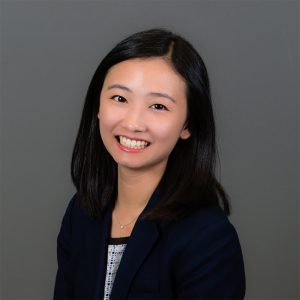