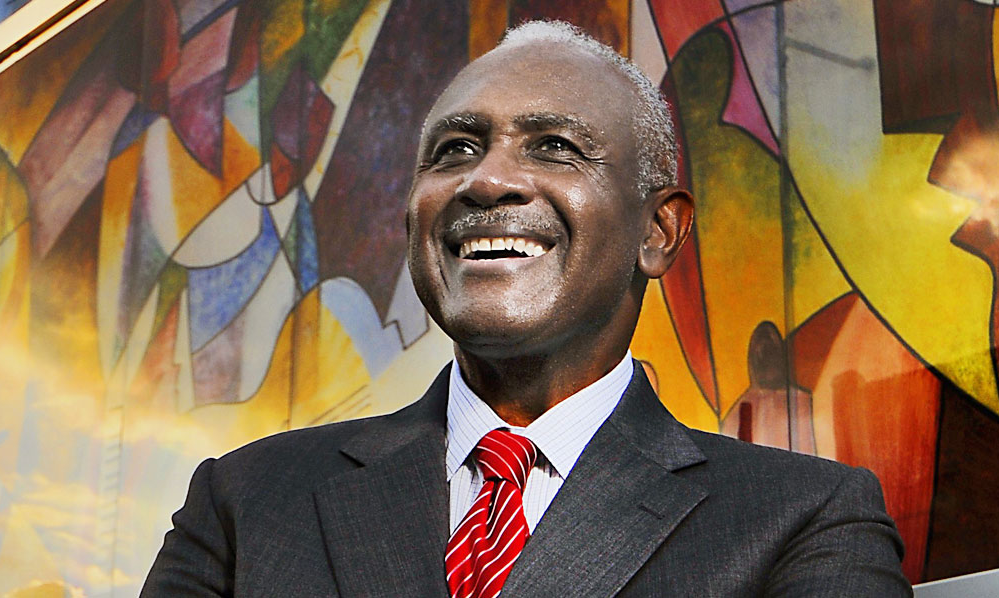 Please join us for an exclusive conversation with Harvey Gantt, architect, politician and former mayor of Charlotte, on Thursday, Oct. 29. This virtual experience is part of the Dean’s Speaker Series, hosted by Kenan-Flagler Business School Dean Doug Shackelford.

Harvey Bernard Gantt grew up in the 1940s and 50s in then-segregated Charleston, South Carolina. As the oldest child of Wilhelmina and Christopher Gantt, he often attended NAACP meetings with his father. It was there, and at the family dinner table with his four sisters, that he began to appreciate the importance of advocacy and the injustice of racial discrimination.

After graduating second in his class from Burke High School in 1960, Gantt left home to study architecture at Iowa State University. In January 1963, after a legal battle that escalated to the U.S. 4th Circuit Court of Appeals, Gantt became the first African-American student accepted at Clemson University. In September 1963, Lucinda Brawley became the first African-American woman to be admitted to Clemson and in October 1964 married Harvey. Harvey Gantt graduated with honors from Clemson in 1965, earning a Bachelor’s degree in Architecture and later a Master of City Planning from Massachusetts Institute of Technology (MIT).

He moved to Charlotte after graduating from MIT, and, in 1971, co-founded Gantt Huberman Architects. A pioneer in blending urban planning with the practice of architecture, Gantt Huberman employed a diverse group of professionals who were charged with designing buildings that encourage community. As a result, the firm has developed some of the city’s most iconic landmarks, including the Charlotte Transportation Center, TransAmerica Square, ImaginOn, Friendship Missionary Baptist Church, and the Johnson C. Smith University Science Center.

While significant, Gantt’s impact on the city extends beyond improving the built environment. He joined Charlotte City Council in 1974 and again broke barriers when he was elected Charlotte’s first African-American mayor in 1983. Remaining in office for two terms, Gantt stood shoulder-to-shoulder with other Charlotte leaders committed to establishing a New South City.

Gantt continues to advocate for equity and equal rights and is often tapped to serve on civic, cultural, and business boards, and to lead philanthropic efforts and community initiatives. In 2009, the former Afro-American Cultural Center opened its doors to a new, award-winning facility and was renamed the Harvey B. Gantt Center for African-American Arts + Culture in honor of Harvey B. Gantt, an American trailblazer.