In March 2021, President Joe Biden announced his $2.3 trillion American Jobs Plan, intended to implement his administration’s priorities, including workforce development and addressing the country’s failing infrastructure. To help pay the hefty price tag, he also announced the Made in America Tax Plan, which introduces a variety of tax reforms targeting high-wealth individuals and corporations.1

…the argument over taxing corporations’ book income is more complicated and nuanced than the short soundbites used to promote or disparage it.

With respect to the corporate tax reforms, the administration proposes increasing the corporate tax rate from 21% to 28% and expanding the corporate tax base by introducing a 15% minimum tax on corporate book income. This is not the first recent proposal to tax book income — Senator Elizabeth Warren has long argued for it under her Real Corporate Profits Tax plan.2 These proposed tax reforms have Washington buzzing, with some policymakers adamantly opposed to any tax increase, and others saying that 28% isn’t nearly high enough.

But as with many policies out of Washington, the argument over taxing corporations’ book income is more complicated and nuanced than the short soundbites used to promote or disparage it. In this Kenan Insight, we unpack the rhetoric around taxing book income.

The goals of reporting to the IRS, as determined by Congress, and those reporting to shareholders, as determined by FASB, differ. Congress generally has three different motivations in creating tax rules: raising revenue, changing behavior and redistributing income. FASB, on the other hand, is only concerned that firms accurately report their income to investors and ensures uniformity among corporations’ accounting methods and reporting. FASB is not concerned with influencing firm behavior, nor do they earn revenue from firm financial outcomes.

First, the rules of reporting to the IRS are often at odds with the rules of financial accounting under GAAP, and vice versa. Taxing book income, which would essentially combine these two stakeholders, would decrease the effectiveness of both tax collection and financial reporting to investors. For example, fair value accounting is designed to give investors the most up-to-date picture of a company’s assets by revaluing certain assets according to their market value. When market value increases, this re-valuation results in an increase to financial accounting income, and is reported as an unrealized gain. Because such gains do not produce liquid assets (e.g., cash), taxing unrealized gains could result in companies being liable for paying taxes without having the cash on hand to do so.3

Second, taxing book income has been unsuccessfully attempted before, through a provision of the 1986 Tax Reform Act called the Business Untaxed Reported Profits (BURP). As noted earlier, one goal of Congress is to influence tax payer behavior, and BURP did just that — but likely not in the way it was intended. Research shows that, in response to BURP, firms adjusted their financial accounting choices to reduce their income. It is plausible that if book income were once again included in the tax base, the same results would occur and be even more pronounced. For instance, unlike in the late 1980s, firms now have a popular and credible method of reporting their success to shareholders, which would reduce the financial accounting costs of lowering book income in response to a tax on it. This alternative does not follow GAAP reporting and is often referred to as “street earnings.” Ultimately, these street earnings would be difficult to regulate or tax, and could damage the comparability and effectiveness of financial reporting and lead to negative impacts on capital markets.

Additionally, policies that force firms to use GAAP standards for tax reporting could politicize accounting standards and upend the international reputation of those standards. Although the SEC does have official oversight of FASB (who oversees GAAP), FASB has largely been able to remain politically neutral, with a few notable exceptions.4 Its independence and political neutrality are critical to its ability to effectively set accounting standards. If the product of FASB deliberation was included in the tax base and had the ability to alter cash flows for firms, it is possible that FASB’s decisions could be politically swayed. Ultimately, this perception could erode the value of the earnings signal.

Taxes will always to be a subject for debate, but understanding the nuances of tax policy and its subsequent implementation are critical to making informed decisions on how to get to an intended end result. We invite you to learn more about the Biden administration’s proposed corporate tax proposals at the 4th Annual UNC Tax Center and Tax Policy Center Conference (virtual) on Wednesday, June 9, 2021. Register at https://tax.unc.edu/index.php/event/4th-annual-unc-tax-center-and-tax-policy-center-conference.

1 U.S. Department of the Treasury. (2021, April). The Made in America Tax Plan. https://home.treasury.gov/system/files/136/MadeInAmericaTaxPlan_Report.pdf

3 Gaertner, F.B. & Hoopes, J.L. (2021, March 29). Financial Accounting Income Should Not Be Included as Part of the Tax Base: Statement for the record, U.S. Senate Committee of Finance. Write-off: The Tax Blog. https://tax.unc.edu/index.php/news-media/financial-accounting-income-should-not-be-included-as-part-of-the-tax-base-statement-for-the-record-u-s-senate-committee-of-finance 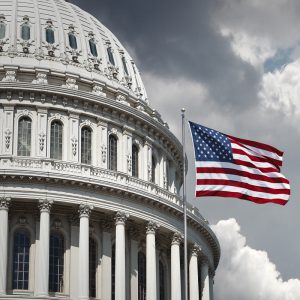 Building bridges between tax scholars, policymakers and practitioners who share an interest in evidence-based tax research.

END_OF_DOCUMENT_TOKEN_TO_BE_REPLACED

Questions I Wish Senator Warren Would Ask Me