The Big Price Tag to Build Back Better

The Biden administration has proposed several multi-trillion dollar initiatives to invest more federal dollars into infrastructure, education, healthcare and more. However, these big-ticket items come at a significant cost, which President Biden hopes to cover through tax reforms. Proposed changes could affect individual income taxes for high earners, corporate taxes, international taxes and capital gains – and, the proposed reforms have drawn both strong critics and supporters.

As dizzying negotiations and politicking continue in Washington, we’ve asked two of our experts to weigh in on the proposed legislation. Mary Moore Hamrick is the CEO of Political Quotient Advisors and a Kenan Institute Senior Fellow. She has over 30 years of experience at the epicenter of business and government, serving in a number of senior policy positions in the financial services industry. Jeff Hoopes is a UNC Kenan-Flagler Business School Associate Professor and serves as the research director of the UNC Tax Center. Earlier this year, Hoopes testified before the Senate’s finance subcommittee.

What are your impressions of the proposed tax and social programs legislations in terms of their long-term viability? 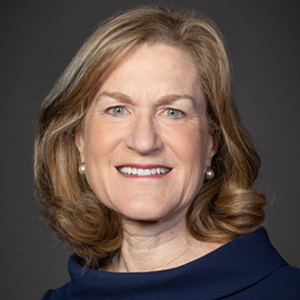 Mary Moore Hamrick: Historically, budget reconciliation legislation contain revenue raisers and spending programs accounted for over a 10-year budget window. While Biden’s Build Back Better Act tax increases (revenue raisers) are permanent, the social program spending is not fully funded, over the 10-year window, hiding the true costs of these programs Programs will expire and require future reauthorization by Congress. The universal pre-kindergarten program, for example, is only funded for seven years. This situation will likely become more pronounced should Democrats seek to shrink the cost of the bill by shortening the length of programs further, as opposed to picking and choosing between the various social spending programs.

In addition, bipartisan legislation tends to endure over a longer period of time.  Businesses need certainty to plan, budget, hire, and invest.  Tax rates and tax incentives have a tremendous impact on these processes.  Both the Tax Cuts and Jobs Act (TCJA) of 2017 and the Build Back Better Act (BBBA) of 2021 are partisan pieces of legislation.  Not one Democrat voted for the TCJA, and not one Republican is anticipated to vote for the BBBA.

What about in terms of precedent? Does it resemble previous legislation and/or historical tax code? 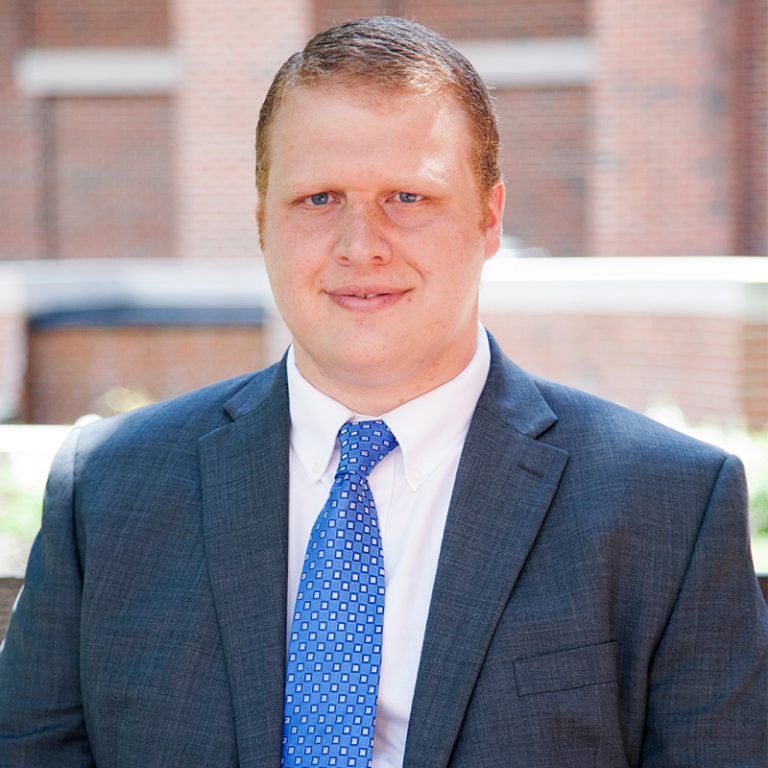 Jeff Hoopes: The proposed tax legislation goals are to finance spending. There are multiple bills circulating and their parameters are constantly evolving and devolving. Some seek to spend an enormous amount of money (the number varies but is consistently north of $3,000,000,000,000.00 — 3 trillion dollars). Never before has the United States spent so much in a single bill – it is simply unprecedented.

The myriad tax components of the proposed legislation are also changing rapidly, but here are comments on a few things that have been on the table (just some examples from dozens of proposed changes):

How might tax legislation and spending impact the economy? Specifically, what does this legislation mean for business and jobs?

Mary Moore Hamrick: According to the Tax Foundation’s analysis of the BBBA tax legislation introduced by the House Ways and Means Committee, taxes (federal revenues) will increase by $2.1 trillion over a decade. Additionally, social programs and green climate incentives (tax credits) will expand by $1 trillion over a decade resulting in a net revenue increase of $1.06 trillion. This revenue increase will also include almost $200 billion from increased tax compliance.1 These revenue increases come with some potential consequences. Further Tax Foundation analysis suggests that increasing the tax rates on corporations and pass-through businesses will reduce incentives to invest and will lower the size of the economy (GDP) over the long run by .98%. Wages will be reduced by .68% and 303,000 full time equivalent jobs will be eliminated. The after-tax incomes of the top 80% of taxpayers will be reduced over the long run. However, the after-tax income of the bottom 20% of taxpayers will increase by about 14.5% in 2022 primarily due to the extended and expanded child tax credit.

Such dramatic swings in tax rates and incentives over the course of four years are not conducive to long-term planning and would underscore why collaborative bipartisan legislating brings better results, and businesses are less likely to be whipsawed with a change in the party in power.  It’s predictable that any legislation that is partisan, is subject to intra-party disagreements, and with programs that are not fully funded is subject to change.

Jeff Hoopes: Following the passing of massive and unprecedented spending bills and inflation picking up in ways we have not seen for a few decades in the U.S., I have been disheartened to see politicians still eager to inject even more unprecedented amounts of cash into the economy. This is to say, I think one effect of the spending side of these tax bills will be even more inflation, which is not good for business or jobs.

There is some debate about whether tax-financed spending is inflationary. Whether you believe it is or not, there is good reason to believe the spending will not be entirely tax-financed. Estimates of the taxes raised may be underestimates due to political incentives to overstate the cost of new taxes.

What social changes does the Biden administration seek to encourage or discourage with this legislation?

Jeff Hoopes: There are components of the tax portion of these bills that seek to have a direct effect on social change — the expansion of the child tax credit hopes to alleviate child poverty, for example. Other tax components are indirect ways of both raising revenue as well as reducing income and wealth inequality. Of course, saying you seek for these changes is an entirely different matter than enacting policy that actually changes these policies.

Mary Moore Hamrick: The $3.5 trillion Build Back Better Act (BBBA) is unprecedented for the size, scope and number of the proposed social programs (expanded childcare, healthcare, education and climate) in a single bill. However, the bill will require a reduction in spending given intra-party disagreements between moderate and progressive Democrats. To lower the price tag, Democrats can 1) reduce the total number of social programs, 2) reduce the income threshold (“means test”) to qualify for each program, and/or 3) limit the number of years of funding for the programs.

Determining the top-line spending number is the easy part. Deciding what social programs should be funded and for how long is much more difficult. . Progressives want to fund more programs for fewer years, seeking to create a future demand to reauthorize programs.  Moderates oppose disguising the proposed social programs’ true costs by not fully funding them, preferring to do fewer programs well. Until an agreement is reached between the progressives and moderates, no one knows what social programs will be in the final bill and what their cost will be.

How well will this bill address these challenges?

Jeff Hoopes: There are many objectives of the bill, but, one is to reduce income inequality, one of the main objective of the left-leaning folks who favour “taxing the rich” You can make income inequality better by increasing income for the poor, or, decreasing it for the rich. I don’t know that I currently have a strong opinion on the long run predicted success of increasing income for the poor as a result of these proposals. However, I don’t think they will do a terribly good job of reducing the income of the rich, despite the desires of the “tax the rich” crowd. The most effective changes that could actually (partially) address issues those proponents have with the rich would be measures like eliminating the step-up in basis at death, and, while President Biden still supports that measure, it has not been included in the most recent plans.

Mary Moore Hamrick: President Biden makes good on his campaign promise to strengthen worker organizing, collective bargaining and unions. First, the BBBA would give the National Labor Relations Board (NLRB), for the first time ever, the ability to bring civil penalties of up to $100,000 in fines against companies and management for violating labor laws and discriminating against or permanently replacing striking workers. Second, fines are increased by 10 times in several areas, including child-labor rules and workplace health and safety violations. Third, union dues are made tax-deductible. Finally, union elections can take place virtually over the internet.

Also, while Democrats were denied the opportunity to include immigration reform in the budget reconciliation process based on the Senate Parliamentarian’s interpretation of the rules, the BBBA does provide illegal immigrants the same extended child tax credit (CTC) of up to $300/month whether or not their children have a social security number. The CTC is extended for only six years of the ten-year budget window through 2025.

Jeff Hoopes: I am fascinated by the repeated attempts by Democrats to include a loosening of the state and local tax deduction limitation, which amounts to handing a big tax break to the wealthy. The Tax Cuts and Jobs Act increased taxes on the wealthy by limiting the amount of state and local taxes the wealthy can deduct. Because you have to itemize to get this deduction, and, you are much more likely to itemize the more income you have, you can think of this as a proposal that will be concentrated among upper-income taxpayers. So, in 2017 Democrats complained that Republicans were giving the rich a tax cut, whereas this component did exactly the opposite. And, in 2021, you have Republicans complaining that Democrats only want to “tax the rich”, whereas this component is exactly the opposite. The political economy aspects of this policy fascinate me and remain something to watch. 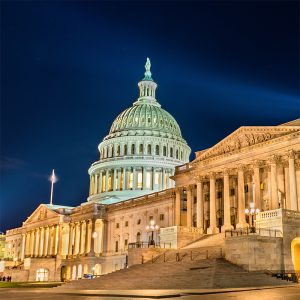 END_OF_DOCUMENT_TOKEN_TO_BE_REPLACED

The TCJA Effects Tracker: What Do We Know About the Effects of the Tax Cuts and Jobs Act?

Supply Shortages: Here to Stay? The Roles Government and Emerging Tech Should Be Playing

Biden’s Build Back Better: A Brighter Future for Black Families?