Beyond Hybrid: The Next Frontier in Talent Management

Hybrid work scheduling is here to stay, and it points to a broader incentive that companies can offer as part of employee recruiting and retention, a panel of experts said Tuesday, April 26.

“’Hybrid’ is the word we use, (but) I think the real thing is ‘choice,’” said Jami Stewart, vice president of customer experience for Cisco Systems Inc.

Offering choices requires trust, however, and it’s something that consultant, coach and author Jes Averhart says can be in short supply between leaders and their employees.

The panel was part of “Designing Work for Attracting & Retaining Talent,” a discussion and networking session hosted by the Kenan Institute-affiliated UNC Entrepreneurship Center and the Research Triangle Foundation that took place at Frontier RTP. It was the inaugural event in the Innovation in the Park speaker series.

The panel’s moderator, UNC Kenan-Flagler Business School Professor Arvind Malhotra, has done research on how companies can accommodate both employees who want to continue working from home and those who want to return to the office as COVID-19 restrictions recede. He kicked off the discussion by asking whether hybrid has become a permanent addition to the workplace.

Averhart, founder and CEO of Jes & Co., said the answer is yes, even if we don’t yet know exactly how that workplace should look.

“I have a client right now who’s still trying to imagine what it might look like to bring people back … and also acknowledge that there is a department that is thriving at home because they’re numbers-focused and they need that quiet time and they are at the top of their game,” Averhart said.

Stewart, who oversees teams at Cisco that handle customer care, spoke of the uncertainty that came after a workforce accustomed to being in the office began working from home.

“We had people that went to live with family, changed their entire lifestyle, got dogs, and they’ve been waiting for the last 18 months that one day we were going to say, “You need to come back to the office today,” she said.

“And so relatively early on, I’d say maybe a year ago, I declared to my organization that we are going to offer a choice. You choose.” Offering that flexibility, she said, was the only way for the company to retain talent and attract new talent.

The Great Resignation, which participants agreed was more of a “Great Reshuffle,” has prompted more talk about how to attract workers who have already left their old jobs or are willing to consider something new.

Averhart said women she is working with now are thinking about leaving their companies “because it’s exciting. It’s a little bit of an adrenaline rush, the idea of change. Just the idea that I can get out from under the routine or the disorganization of where I am, and just flip over to the other organization (and) start fresh.”

Her advice to leaders seeking to retain talent: “Communicate and be transparent about what you have to offer. Don’t hide the ball.” Keeping employees in the dark while plans for the future of the company are being perfected doesn’t help retention because it creates worry and uncertainty.

Stewart extended the idea of transparency in leadership, incorporating the pressures that everyone feels, including home-life pressure that can leave anyone “a little bit of a mess at times.” “Part of it is being transparent and vulnerable as a leader by saying, “Hey, I don’t have it right. I don’t have it perfect. I make mistakes,” she said. “And telling people, “Tell me about the mistakes. Tell me where I’ve missed so that I can turn around and do it better.”

That behavior can create a culture that employees want to buy into, but Averhart says she doesn’t see much of it. “I feel like the sense is that people are feeling restricted, they do feel like they have to live into a role, there is still that duality between work and home. … So it’s interesting that you give that sort of latitude, that ability to be human.”

Malhotra recalled conversations with two students who had taken jobs with the same company in a competitive space. Each was given the choice of where to work from and what project to work on, and the option of changing projects without repercussions if they encountered personality conflicts on the team.

“You both talked about flexibility and control,” he told the panelists. “I think location and timing is just scratching the surface.”

Doug Shackelford, dean of the UNC Kenan-Flagler Business School introduced the panel. The Innovation in the Park series will continue on a quarterly schedule, with events planned for July 26 and Oct. 25. To learn more about the UNC Entrepreneurship Center’s work, visit eship.unc.edu. 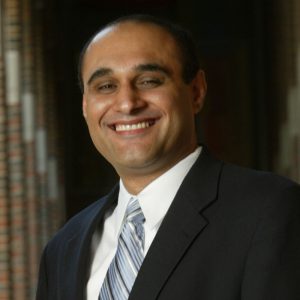