Does Ownership Conversion From Nonprofit To For-Profit Benefit the Public? Evidence From U.S. Nursing Homes

In the last few decades, many healthcare institutions converted their ownership type from nonprofit to for-profit, contributing to an increased presence of for-profit ownership in the U.S. healthcare sector. There have been opposing views on whether such ownership conversions benefit the public. Employing a large panel dataset of U.S. nursing homes from 2006 to 2015, we conduct a difference-in-differences analysis on converted facilities’ financial performance, operating policies, and quality of care. We observe that converted facilities significantly increased their post-conversion profit margins, compared to propensity-score-matched controls. To explain the financial improvement, we hypothesize two operational mechanisms: revenue seeking and cost reduction. We find that converted facilities raised revenues by increasing the enrollment of Medicaid-covered residents, who have lower daily reimbursement rate but longer length of stay (LOS), and by keeping unchanged the enrollment of Medicare-covered residents, who have higher daily reimbursement rate but shorter LOS. These changes in resident enrollment were more pronounced in facilities with lower occupancy rate. As a result, unlike critics’ concerns, these ownership conversions from nonprofit to for-profit increased nursing home access by economically disadvantaged populations. Converted facilities also reduced costs by cutting the wage cost of non-nursing staff while keeping that of nursing staff unchanged. In addition, converted facilities kept their total nurse staffing unchanged, but changed the staffing mix. These operational changes led to lower quality of care in converted facilities only immediately after conversion but not in the long term. Interestingly, the post-conversion quality was kept unchanged when a facility was converted by a for-profit nursing home chain or when the pre-conversion occupancy rate was low. Taken together, these results suggest that ownership conversion from nonprofit to for-profit benefits the public in many instances. Two conditions are conducive to such positive outcomes: (1) low pre-conversion occupancy rate, and (2) conversion by a for-profit chain. To perform counterfactual analysis, we employ various machine learning methods to predict post-conversion financial and quality performance. Applying these prediction models to closed nursing homes during 2006-2015, we find that about 22% of the facilities could have achieved increased and positive profit margins if they were converted to for-profit, and roughly 38% of the facilities could have maintained or improved their quality performance. 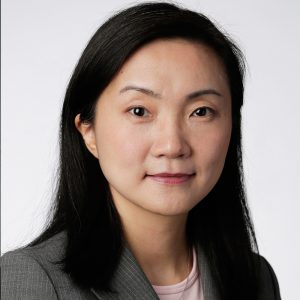