On March 1-2, approximately 1,000 people convened at the William and Ida Friday Center for Continuing Education in Chapel Hill for the fourth annual UNC Clean Tech Summit.

This was the largest crowd to gather for the event, and, as emcee Rye Barcott, cofounder and managing partner of Double Time Capital, noted, about a third of those in attendance were students. Barcott acknowledged the objectives of the summit: to network and – with a nod to the TED Talks theme – share ideas worth spreading.

Kevin Guskiewicz, UNC-Chapel Hill’s dean of the College of Arts and Sciences, took the podium to welcome the audience. He said this occasion to assemble students, business leaders, scholars, policymakers and others for brainstorming sessions and relationship building was very much “what a leading global public research university is about.”

“The organizers of this year’s event have put together a fascinating program focusing on themes of great urgency,” Guskiewicz said. The agenda included four primary themes: Clean Energy, Food, Innovation, and Water & Energy.

“Among the topics we will be exploring over these two days,” Guskiewicz continued, “are rural development, solar energy challenges, genomics and food security, oyster restoration, climate policy, more efficient energy delivery and how universities are creating the next generation of great companies – all of which are of great interest to us here in North Carolina and have ramifications for the rest of the country and the world.”

UNC Chancellor Carol Folt followed Guskiewicz, noting the appropriateness of the Clean Tech Summit taking place at the UNC Friday Center. “During Bill Friday’s 30-year tenure as president of the UNC system,” Folt said, “he made, as we all know, so many significant contributions to our state and our higher education that led to many game-changing improvements to North Carolina.” She spoke of Friday’s vision as a pioneer in the development of Research Triangle Park, which the founders saw as holding great potential as an engine for “collaboration and innovation among business, government and universities – and it couldn’t be more relevant today than it was when they first dreamed it up.”

“They imagined a home in North Carolina where research communities would come together to invent the future,” Folt affirmed. Such was the focus of this summit, she said, bringing together the “best and brightest” from across the state and the region to hold “important discussions that can lead to improving our leadership and growth in the clean tech industry.”

Folt referenced Barcott’s observation on the great turnout of students and the extent to which it boded well for the future of the clean technology industry. “We know who the future is,” Folt asserted. “It’s sitting out in this audience.”

“Clean tech is the quintessential example of that saying that ‘green is green,’” she said in closing. “That means that clean technologies and efficient energy use are not only good for the environment but also good for business.”

We live in a time of “certain uncertainty,” Folt said. “It’s a time when every town, every state, every nation needs to act now to create a future where their people can thrive and where our planet can flourish. “I think there’s no better way to get going on the business of doing just that right now than being here at this summit, working on the development of clean technologies here in our own backyard.”

Newly elected Gov. Roy Cooper, a UNC graduate, concluded the opening proceedings by expressing pride in his state, praising its “visionary leaders of the past,” among them RTP’s founders, who were at “the forefront of folding environmental sustainability into our business practices.”

As for the present and future, Cooper lauded public/private partnerships, such as the Research Triangle Cleantech Cluster. Between 2002 and 2015, 39 clean energy patents were issued to RTP companies or inventers. Since 2009, clean tech projects have created more than 10,000 jobs. And RTP has the highest concentration of clean tech employees in the country. 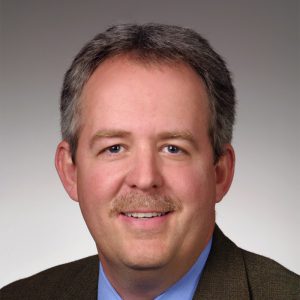