Could Policies Aiming to Close the Gender Pay Gap be Lowering Wages for All?

Although the number of women making up the U.S. workforce has greatly increased in the last few decades, women still tend to get paid less than men for equal work. In 2019, women who worked full-time, year-round made just 82 cents for every dollar their male counterparts earned.

In 2019, women who worked full-time, year-round made just 82 cents for every dollar their male counterparts earned. This gender pay gap has received a great deal of attention but has improved only slightly in the past 20 years.

This gender pay gap has received a great deal of attention but has improved only slightly in the past 20 years. In an effort to close the gap, states and local governments across the county have enacted bans prohibiting employers from asking for a job applicant’s salary history. Despite their good intentions, the actual effects of these policies have not been well studied. Now, researchers from the UNC Kenan-Flagler Business School and the UCLA Anderson School of Management report the bans may have some alarming unintended consequences.

Taking Salary History Off the Table

However, salary information is also used by employers as an important gauge of the quality of an employee. Could preventing employers from accessing this information have other ramifications?

“We conducted this study because policymakers implementing the bans didn’t seem to be considering the unintended consequences of concealing information from employers,” said author Jesse Davis, assistant professor of finance at UNC Kenan-Flagler Business School. “We found that not having past salary information made employers more cautious in their offers to new hires, which brought wages down while having little effect on the gender wage gap for the employees we studied.”

Research on salary history bans tends to emphasize the role of past salary as a tool for bargaining, or look at how not disclosing salary information might affect a person’s decision to enter or re-enter the labor market. In the new work, the researchers took a different tack, asking whether salary history bans increase uncertainty around hiring in a way that can affect all employees.

To do this, they drew on a comprehensive set of pre-pandemic wage data for public sector employees that they obtained using Freedom of Information Act requests. The data included individual wages and how they changed over time, as well as job titles for each employee, which allowed the researchers to determine if an employee was a new hire. The researchers analyzed 15 million observations covering 36 states, 14 of which had salary history bans in place in December 2019.

“Law changes like these salary bans are going to have very subtle impacts on wages, so it’s really important to have high-quality data,” said co-author Paige Ouimet, professor of finance at UNC Kenan-Flagler Business School. “A number of these laws only impacted the public sector, so it was useful to examine this group of workers.”

Overall, the researchers found that salary bans led to a 3% decrease in the wages of new hires. When they looked at the entire sample, they found no significant difference in the gender pay gap for new hires following a salary history ban. There was, however, a modest reduction in the gender pay gap among employees in occupations that historically had a higher gender pay gap or were more male dominated. In this group, wages fell for both male and female hires, but the impact on women’s wages was smaller.

Can We Do Better?

“We certainly applaud the motivation for salary history bans and support policies that aim to reduce the gender wage gap,” said Ouimet. “However, education and increasing awareness for employers might be a plausible alternative without some of the negative consequences that came with banning access to salary information.”

Requiring employers to disclose wage ranges when hiring, an approach that is being implemented in Colorado, may provide a viable alternative. “In Colorado, employers are now required to disclose the average wage range for every posted job,” said Ouimet. “This policy will help groups more prone to discrimination make sure their pay is within the normal range for a specific job.”

Because many of the salary history bans are new, the researchers would like to examine the longer-term effects. However, given the enormous labor disruptions associated with the COVID-19 pandemic, it may be difficult to disentangle the effects of the pandemic from the any wage impact linked with salary history bans.

This Kenan Insight is based on findings from the paper, “Hidden Performance: Salary History Bans and Gender Pay Gap,” by Professor Jesse Davis and Professor Paige Ouimet of UNC Kenan-Flagler Business School as well as Professor Xinxin Wang of UCLA Anderson School of Management. All references can be found here. 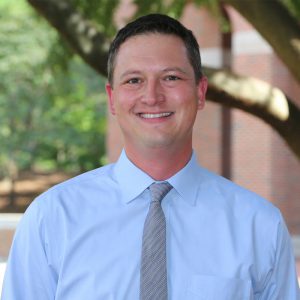