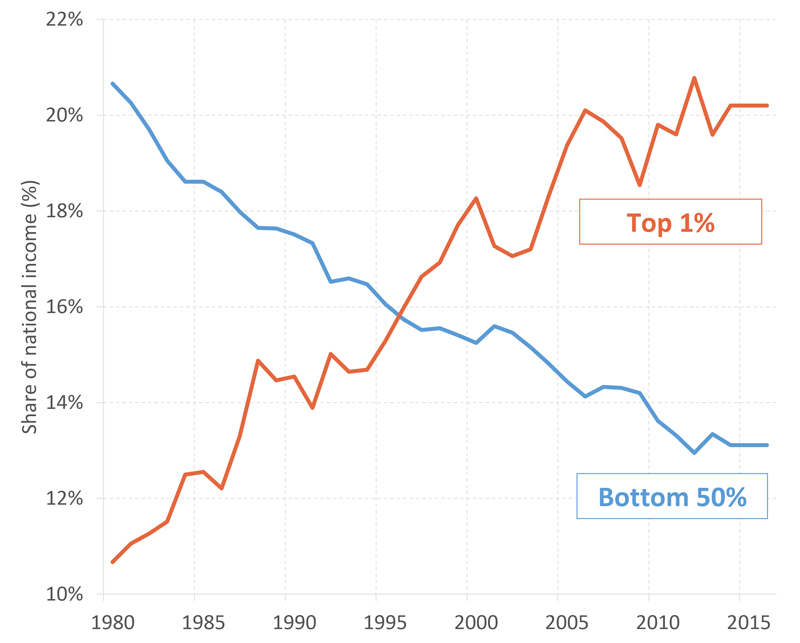 Although several complex and interacting factors contribute to this growing inequality, the changing way we work reveals a lot about how we got here — and where we might be heading. Automation is increasingly important in manufacturing and is clearly affecting jobs. The effects are seen in the U.S. as well as in Europe, both locations where income disparity tends to be higher than in other parts of the world.

Economists have estimated that 10-47% of U.S. jobs will become obsolete because of automation.2,3,4 This stark outlook has only been amplified by the COVID-19 pandemic, which has forced some large U.S. manufacturers to accelerate their move toward automation. COVID-19 also has brought a widespread shift to remote work that has affected various regions of the world in different ways.

Experts recently discussed these issues during Regional Inequality in Europe and the United States, a virtual conference hosted by Kenan Institute affiliate CREATE and the Institute for Economic Research and Policy at the University of Bremen.

Automation and the labor market

The labor market offers insights on how automation can lead to economic inequality. Automation can affect labor through what are known as wage and composition effects.5 The wage effect occurs when there is a change in which skills are in demand, causing wages to rise for jobs requiring those skills, usually those requiring non-routine cognitive skills. The composition effect happens when jobs become completely automated because of emerging technologies, and thus disappear, as new jobs are created to complement the new technologies.

Mary Kaltenberg from Pace University studies these effects and how they might be working together to increase inequality in Europe. Her analysis reveals that automation multiplies inequality by reducing both demand and wages for jobs requiring lower levels of education. For every country studied, disruptive automation technologies increased inequality.

According to Kaltenberg’s analysis, the shift is driven more by the changing composition of jobs than by wage changes. Jobs that are at high risk of being automated are paid relatively similarly to one another, while jobs that are at lower risk of automation have a wider range of wages. Thus, as workers move into jobs that are less likely to be automated, inequality increases. The top half of the distribution is most affected; as preexisting middle-income jobs disappear, the difference in earnings between new middle-income earners and high-income earners increases. This trend provides further evidence that the upper tail of the wage distribution continues to increase as lower wages stagnate.

Is there a solution?

The progression of technology doesn’t necessarily have to destroy jobs and livelihoods, according to UNC Professor Nichola Lowe. At the conference, Lowe detailed several strategies that could save jobs even as companies turn toward automation.

Another powerful strategy is to reposition workers who are at high risk of job loss as technology-guiding experts who help inform job-enhancing solutions. Starsky Robotics in San Francisco is applying this strategy for developing self-driving vehicles. The company is pairing experienced commercial truck drivers with artificial intelligence experts to design a new physical infrastructure that would let truck drivers stay close to home, where they would remotely control large fleets of self-driving vehicles.

As we move into the future, it will be key to coordinate advancing innovation and improving business management with expanding workforce development in a way that supports both innovation and equity.

The impact of telecommuting

Although COVID-19 brought a swift shift to telecommuting, not all jobs can be done from home. Rüdiger Ahrend from the Organisation for Economic Co-operation and Development (OECD) examined how the regional economic impacts of COVID-19 have differed, depending on the share of jobs in the region that could be performed remotely. His assessment of how well various U.S. and European cities and regions transitioned to remote work reveals significant differences both between and within countries.

Within countries, there was a 15 percentage-point difference between regions with the highest and lowest share of jobs that could be performed remotely. As would be expected, jobs located in large cities tended to be more amenable to remote work, which may help alleviate the sizeable economic impacts COVID-19 shutdowns have had on cities. Ahrend also found that the skills of the labor force in a region influence that area’s potential for remote working.

Remote working and its economic impacts will likely remain to some extent even after the COVID-19 pandemic subsides. We already see a trend toward workers moving from urban areas to semi-dense or rural areas. Although rural areas close to a prosperous city are most likely to benefit from this migration, regions can increase their attraction to remote workers by investing in transportation infrastructure and fast internet connections. If it sticks, the movement of telecommuting workers to areas beyond major metropolitan regions could have important implications for how — and where — people live and work in the future. 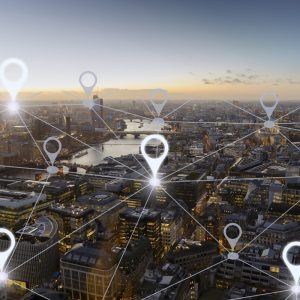