This chapter investigates the pricing of key contract provisions of Puerto Rican debt. In doing so, the chapter contributes to a body of research that asks the questions: do investors price contract
provisions? Does the pricing of contract provisions vary with credit risk? To our knowledge, this is the first study to address these questions for the case of Puerto Rico or any municipal issuer.
Puerto Rico’s unique status as a U.S. territory implies that its subsidiaries, such as municipalities, cannot file for bankruptcy under Chapter 9 of the U.S. Bankruptcy Code. Further, while local
Puerto Rican laws govern Puerto Rico’s bonds, U.S. courts determined that Puerto Rico cannot change its laws to reduce its debt as the Contracts Clause provides U.S. constitutional protection
against government interference with private contracts (Commonwealth of Puerto Rico v. Franklin California Tax-Free Trust et al., October 2015). Puerto Rico is also an interesting case study
because it offers multiple sources of variation in the inclusion of contract provisions across different types of debt.

First, Puerto Rico issued debt under a related entity, the Puerto Rico Sales Tax Financing Corporation which promises no recourse to the full faith and credit of Puerto Rico, but rather
promises by law a first lien on a sales and use tax to secure the debt. Second, the U.S. federal government passed the Puerto Rico Oversight, Management, and Economic Stability Act (referred
to as “PROMESA” hereafter) which retroactively enacted collective action clauses (referred to as “CACs” hereafter) for Puerto Rican debt. Finally, Puerto Rico issued debt under New York law in
2014, with the typical and express aim of assuaging investor concerns about the bias of domestic courts. We use data on daily bond yields and characteristics from Bloomberg for over 4,000 Puerto Rican bonds spanning a decade. We find evidence consistent with the hypothesis that investors value contract provisions more when a restructuring becomes more likely.

We find that general obligation debt (GO) trades at higher yields than COFINA debt. This result is consistent with the existing literature that secured debt trades at lower yields across corporate issuers (Bradley and Roberts (2015)). Second, we find that news of PROMESA significantly affects GO bond yields. Specifically, the passage of PROMESA by the U.S. Senate and the signing of PROMESA by President Obama were accompanied by rising bond yields. This result differs from the existing literature that CACs reduce yields across securities (e.g. Carletti et al. (2017); Bardozzetti and Dottori (2014)). The finding that investors priced news of PROMESA when Puerto Rico was closest to default again supports the hypothesis that legal protections are most valued when credit risk is highest. Finally, we find that New York law debt trades at higher yields than Puerto Rican law debt. Again, this result differs from the existing literature that provides evidence for a foreign-law premium (Chamon et al. (2015); Clare and Schmidlin (2014)). 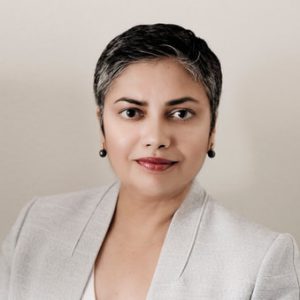