Much attention is being focused on energy supply security issues, especially for European oil and gas supplies. The latest Russian decision to halt natural gas sales to Poland and Bulgaria has reinforced that continent’s awareness of the perils of unreliable suppliers. Europe’s short-term focus is on sanctioning Russia and then backfilling the forgone oil and gas from other sources.

For this approach to be effective, a wider lens is needed. Energy supply security strategy must be crafted in the context of the longer-term global supply and demand balance. Failing to do so could easily see Europe exchanging one supply vulnerability for another. This risk is especially acute because Europe’s current approach neglects its potential to “diversify risk by increasing its own production.”

For perspective on the global supply and demand balance, a good place to start is OPEC’s 2021 World Oil Outlook.  Buried deep inside the report is this chart, which OPEC prefers to downplay:

OPEC’s outlook projects global oil demand to reach 103.6 million barrels per day (MB/D) in 2025 and 108.2 MB/D in 2045. The chart above shows that starting later this decade, OPEC would provide all the supplies to meet the increase in global oil demand through 2045. In fact, this “call on OPEC” (global oil supplies sourced from cartel members) is actually bigger. OPEC is called upon not only to meet growing demand but to offset 4.3 MB/D of non-OPEC production declines. This outlook already assumes robust U.S. liquids production growth to over 20 MB/D by 2025.

Now consider the fact that ~11 MB/D of stable Russian production is baked into this outlook. What happens if 3-5 MB/D of Russian output is removed from the forecast? This no longer is a remote contingency. Embargoes and supply chain disruptions are currently backing Russian production into the ground. There will be the longer-term effects of Western sanctions on financing, chips, production equipment and advanced exploration technologies. Future levels of Russia’s global supply contribution are thus shrouded in uncertainty. What cannot be doubted, however, is that a stable 11 MB/D outlook should no longer be a base case assumption. Lower Russian supplies will further tighten the global balance, intensifying the call on OPEC.

Energy strategists must then look further inside OPEC itself. Increasingly OPEC consists of a handful of Persian Gulf states with growth capacity and an array of other members whose production is declining.  Saudi Arabia, Kuwait and the UAE make up the former, with Qatar as a major player in liquefied natural gas. The latter category comprises diverse nations like Nigeria, Iran, Angola, Algeria and Venezuela, countries characterized by underinvestment and declining production. High prices may provide some temporary stimulus, but their potential for large increases is doubtful. Venezuela has the reserves to produce another 2-plus MB/D, but its Maduro regime is toxic; moreover, the Chavez/Maduro government has wrecked the operating and technical capabilities of state-owned oil and natural gas company PdVSA. Iran, also with the potential to increase production, offers another toxic regime operating under sanctions.

In short, as Russian supplies leave the market, consuming countries like those in Europe face an unenviable choice. They can live with a medium-term outlook of tight supply and high prices, with market power in the hands of Saudi Arabia and its allies, or they can try to rehabilitate one or more of the toxic oil producing regimes. Neither choice is appetizing. Both hold the specter of 1970s-style energy insecurity. Consuming nations will see some petroleum demand destruction and can trigger a variety of substitution plays such as further subsidies for electric vehicles. That said, global oil supply of 100 MB/D declines annually at ~6%; this means roughly 6 MB/D of new capacity has to be added each year just to keep markets stable. Any demand growth or losses at a supplier like Russia will require even more barrels from somewhere. Where will all this new capacity be found in a world still fixated on discouraging hydrocarbon production?  It is hard to foresee anything but tight supply conditions looking out several years.

There is another alternative. Europe can revisit the rejuvenation of its local production. In the last decade, Western Europe took steps to end local oil and gas production. These included bans on North Sea drilling and a production phase-out at the Netherlands’ giant Groningen gas field. Fracking, the combination of hydraulic fracturing of oil-bearing rock and horizontal drilling, was widely banned. A combination of climate policy and earthquake concerns at Groningen drove these measures. They have been effective. The U.K. and Dutch sectors of the North Sea are seeing rapid production declines.  Norwegian production shows some increase through 2025; then it too will decline.

Mature basins like those in Europe have two options for reversing declines. The first is development drilling using secondary/tertiary production techniques. Some of the latter involve flooding old reservoirs with CO2. The second option is fracking, which successfully revived hydrocarbon production in the U.S. Both onshore Germany and the North Sea basins offer considerable potential for this type of production work.

Having successfully campaigned to suppress new drilling, Europe’s environmentalists and Green parties will be reluctant to grant the industry any life extension. However, the issues raised by Russia and Ukraine pose stark choices: Does Europe want to face continuing energy costs several times those in the U.S.? Does it want to live with the risk that new supply disruptions could shut down industries and throw employees out of work? Does it want to enable a war crimes perpetrator to continue as its dominant supplier with an associated ability to intimidate and extort its customers? Does it want to exchange reliance on one dominant supplier for imports from another?

If the answer to these questions is ultimately no, energy strategists and green activists may want to consider other aspects of development drilling and fracking. First, these are “short cycle” activities.  They can be undertaken in months rather than years and can be stopped fairly easily. This makes them better suited for transition conditions than offshore exploration/production, which can take six years from first seismic to having production onstream. Second, development drilling and fracking are much less capital-intensive; thus, they can recover their capital quickly and earn investors a return without having a 20-year production horizon. Third, their simpler operations render them easier to decarbonize.  U.S. Permian producers are already targeting zero emissions operations by 2030. Those operations using CO2 injection arguably accomplish a net emissions reduction even as they boost oil and gas production.

OPEC’s World Oil Outlook also includes one other chart relevant to this discussion:

Tight oil supply refers to production from “tight,” i.e., nonpermeable rocks, like tight sandstones and shales. It is not visible here, but there is immense tight oil supply capacity lying outside of the U.S. A significant amount of this potential lies in Europe. As this chart makes clear, OPEC is counting on virtually none of this non-U.S. capacity making it to market over the next 25 years. Their assumption is not without foundation. Faced with hostility at home, Europe’s big three energy firms —  Shell, BP and TotalEnergies — have virtually checked out of global tight oil production activity.

Sound strategy usually requires two things: 1) clarity about the problem to be addressed, and 2) a full list of options properly vetted in terms of costs and benefits. Right now, European energy strategists are conflicted over their immediate supply problems and their long-term vision for addressing climate. Consequently, they ignore the short-term production option lying on their doorstep. A proper appreciation of certain facts — that they can boost local oil and gas production, that they can send a message to Russia that its potential for blackmail is a diminished asset, and that these expedients can be phased out when alternative energy sources are ready — would go far to reconcile Europe’s immediate needs and long-term energy goals. The alternative path may just exchange one dependency for another. 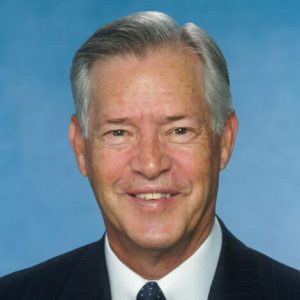 Professor of the Practice of Finance, Director of the Energy Center, UNC Kenan-Flagler Business School