Is There a Small Business Funding Gap?

Why is small business important?

Small businesses are responsible for about 45 percent of the total U.S. economic activity and contribute 41 percent of private-sector employment.

Undoubtedly, the U.S. has the largest variety of institutional funding mechanisms in the world, resulting in the ability to provide capital to businesses of any size across all industries and geographies. However, the ability to provide capital is not the same as actually providing it. There are systematic differences in access to capital for businesses located outside of major cities and those owned by women and underrepresented minorities. Simply put, not all small businesses that would benefit from investment are able to access external funds.

This resulting inefficiency in capital access is commonly referred to as the small business “funding gap.” According to the National Small Business Association, one-in-four small businesses is unable to access needed financing. The funding gap is most prominent for financing amounts under $5 million, largely because public markets and institutional fund investors are typically not interested in transactions below this threshold. Additionally, one-third of small businesses cite credit availability as an important current financial challenge. However, studies show that businesses owned by women and underrepresented minorities are less likely to receive outside investment and loan denial rates are significantly higher.

Almost every business begins as a small business. Historically, new businesses were financed through a combination of personal savings, contributions from friends and family and individual borrowing in the form of home equity lines, personal loans and credit cards. More recently, angel investors have become more active in helping fund new startups—especially in the tech sector. Yet bank credit quickly becomes an important source of financing for small businesses once a company has assets and a track record of profitability, with bank loans to small businesses totaling about $600 billion in 2015 alone.

The dream of many entrepreneurs is to obtain backing from a venture capital fund (VC). However, VCs invest primarily in only a small number of high-growth firms with the ability to scale rapidly. So while the venture capital sector funds a large portion of new firms that go on to be publicly traded (or sold to strategic acquirers), only a tiny fraction of firms in the U.S. ever receive VC funding.

The SBA and SBICs

In an attempt to help small businesses grow and provide better access to funding, the U.S. founded the Small Business Administration (SBA) in 1953. Many studies document the positive impact of SBA-backed loans on small business growth, particularly in underserved sectors. In order to provide an alternative source of financing for high-risk small businesses lacking access to capital from traditional sources such as banks, the SBA subsequently created the Small Business Investment Company (SBIC) program in 1958.

Most SBICs operate with a typical private fund structure: the general partner (GP) manages an asset pool that includes passive investors (limited partners, or LPs). SBICs typically combine equity investments from private investors with government-guaranteed debt backed by the SBA. By leveraging their equity capital, SBICs are able to reduce their weighted average cost of capital and increase returns on equity. Over the years, SBICs have deployed more than $80 billion in capital into approximately 172,800 financing rounds for small businesses.

Evidence on the effect of SBIC investments shows a positive and durable impact on job creation. Due to SBIC investments, 9.5 million jobs were created or sustained between October 1995 and December 2014. Of these, 3 million were new jobs. In addition, employment in small businesses funded by SBIC programs grew by 45.6 percent. More broadly, evidence indicates that SBIC equity investments have a positive impact on broad economic activity.

In a new analysis, Brown, Kenyon and Robinson (BKR, 2020) collected data from the SBA on SBIC funding by state and by year from 2014-2018 covering 13,576 financing rounds for 5,724 small businesses receiving a cumulative total of $29 billion in capital. The authors supplemented these data with information from PitchBook on venture capital funding rounds.

The analysis shows that SBIC funding tends to be more geographically dispersed than some other types of fuunding, such as VC. For example, the top three states for VC funding (California, Massachussets and New York) accounted for more than 70 percent of total VC funding whereas the top three states for SBICs (California, Texas and Florida) accounted for only one-third (33 percent). When lending is adjusted by size of the labor force, SBIC lending is even more spread, with the top states becoming Colorado, Georgia and Utah.

SBICs also tend to mitigate the lacking diversity in typical private equity and venture capital funds (as well as portfolio investment companies). For example, using PitchBook and SBA diversity data from 2013 to 2015, Paglia and Robinson (2016) find that SBIC funds had a higher percentage of female investment professionals (11.9 percent compared to the broader venture capital and private equity investment community with 7.9 percent). The study was unable to draw a firm conclusion about racial diversity because of a lack of diversity data available in PitchBook, but found that 10.2 percent of SBIC funds have at least one minority partner.

BKR use PitchBook data from 2014 to 2018 to update the results of Paglia and Robinson (2016) on financing provided to women-owned businesses. Classifying a company as female-founded if any member of the founding team is a woman, they find that in this more recent period, female-founded companies received a very high percentage of SBIC funding. From 2014 to 2018, SBICs provided about 44 percent of total funds to female-founded businesses. In contrast, female-founded businesses received only about 10 percent of total funds invested by VCs during the same period. In some specific sectors such as IT, financial services, health care and B2B, the difference is quite large (though the sample size is very small for SBIC funding of financial services). However, it is important to note that the total amount of funding provided by VCs to female-founded firms is much larger because the amount of total VC funding is substantially more than SBIC funding.

1 Sources for all statistics provided in this report are available in Filling the U.S. Small Business Funding Gap (Brown, Kenyon, and Robinson, 2020)
PLAY VIDEO 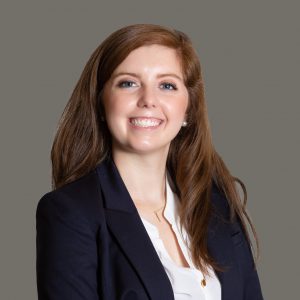 We Miss You George Bailey: The Effect of Local Banking Conditions on the County-Level Timing of the Great Recession

Local Prior Employment and Ecosystem Dynamics

Paglia, J., and Robinson, D. (2016). Measuring the Representation of Women and Minorities in the SBIC Program. Library of Congress.