Trend Watch: What’s Next for Entrepreneurship

The 2022 Trends in Entrepreneurship Report features studies highlighting trends in venture funding and entrepreneurship quality, the career implications of entrepreneurial experience, and how diversity affects performance. Here’s a rundown of key takeaways.

It is becoming harder to be an entrepreneur

The number of new businesses has decreased over the last few decades. Has this trend affected the quality of businesses that do emerge? To find out, Victor Lyonnet and colleagues from the Fisher College of Business at Ohio State University developed a new way to measure entrepreneurial quality and used it to assess what factors help – or hurt – an entrepreneur’s chance of success.1

The team obtained detailed, representative data on French entrepreneurs and then tied this information with a firm registry for data on startup trends, value added and employment. The result was a new dataset that combines both exhaustive data on new business formation and a representative set of entrepreneurship characteristics for a subset of businesses.

After validating the dataset by using it to confirm trends in the quantity of French startups, they created a new measure for quality based on almost 50 entrepreneurship characteristics. Applying a machine learning algorithm to these characteristics revealed which factors are the most important for successful entrepreneurship.

In terms of five-year startup success, the researchers found that one of the most important factors was whether an entrepreneur had worked at or started a business in the same activity or industry. They also found that the factors that predicted whether a business would survive differed from those that predicted employment or value added after five years, accounting for the fact that some businesses will survive without ever growing.

Using their new approach, the researchers found that startup quality has increased through the years, particularly for industries where the quantity of startups has decreased. They interpret this to mean that it has become harder to become an entrepreneur, and thus, low-quality entrepreneurs have disappeared. They also found that the productivity of the largest firms in each industry significantly increased starting about 2000, kicking off a cycle of market concentration. This led to more firm exits and fewer businesses being formed, and contributed to the overall increase in startup quality.

Contracting for new ventures is tricky because of the high level of uncertainty involved. Investors don’t always have a clear picture of the entrepreneur’s trustworthiness and likelihood of success, while entrepreneurs aren’t sure whether venture capitalists will deliver the support they have promised. Because most datasets capture only first or final contracts, it has been unclear whether all this uncertainty leads to contracts being renegotiated, or who stands to benefit most as contract terms evolve.

Tim Jenkinson from Säid Business School at Oxford University and colleagues used a deal-level dataset of new venture financing contract terms and a “three-dimensional” analysis strategy to study how financial contracts for new ventures evolve over time and across rounds.2 They extracted data from certificates of incorporation that must be filed by U.S. registered companies upon formation and each time a new class of stock is issued, providing the amount raised along with details on the participating investors, board members and executive officers.

They found that new ventures receive similar terms in their first formal “Series A” funding round. In fact, nearly 55% of new ventures studied adopted a common default contract for Series A rounds, even though there was limited overlap of investors across deals. For companies that deviated from the default contract, most adopted more investor-friendly terms.

The researchers also found a strong tendency to leave rights unchanged across funding rounds. If the rights did change, the changes were more likely to benefit investors. Although the default contract was the most popular option before Series E round, in later rounds, about 95% of companies adopted more investor-friendly contracts.

The study also provided insight into the debate over whether ventures are overvalued because preferred stock prices, rather than common stock prices, are often used to calculate the value. The researchers found that as companies succeed and enter later rounds of funding, the value of preferred stock shares begins to more closely approximate real economic values because of the increase in the likelihood that preferred shares will convert to ordinary stock.

Aspiring entrepreneurs must often consider what their job prospects will be if their ventures fail. Although many studies have examined what leads to entrepreneurship, not much is known about what happens after an exit, even though 50% of those who enter entrepreneurship leave within five years.

Waverly Ding and colleagues from the University of Maryland designed a study to address this knowledge gap.3 They provided 275 managers with a job description and four resumes (1,100 resumes total). The resumes were objectively identical, and the gender of the candidate’s first name was randomized. The main point of variation was in the candidates’ entrepreneurship experience, indicated by listing either founder or an executive title for the last held position. After managers selected a top candidate for the position, they completed a survey designed to assess their personal entrepreneurial aspirations along with their company’s size and demographics.

Based on their findings, the researchers recommend that large firms develop anti-bias training programs to mitigate the penalty on former entrepreneurs during the recruiting process. They also point out that picking the right person for recruiting can help. For example, the entrepreneurial penalty can be reduced by using recruiters who have entrepreneurial aspirations themselves.

The relationship between diversity and performance is complex

Although many workplace initiatives target diversity, few empirical studies have examined how diversity affects performance in entrepreneurship. To delve into this topic, Sophie Calder-Wang and colleagues from the Wharton School at the University of Pennsylvania studied performance trends among MBA students at Harvard Business School.4

The study included more than 3,500 students over four years who participated in a required team-based class that involved proposing and starting a real microbusiness. The businesses were later judged by a panel of venture capital investors and experienced entrepreneurs.

In 2013, the students were randomly assigned into entrepreneurial teams for the class. Then, for the 2014, 2015 and 2016 cohorts, students were allowed to select their own teams. The researchers saw a marked decrease in diversity in the self-selected teams. Students tended to group together with others from the same gender and/or race or ethnicity and, to a lesser extent, with others who shared a similar educational background or industry experience.

Analyzing the teams’ performance, the researchers found that greater diversity was associated with lower performance among randomly assigned teams, but this relationship was far less strong among organically formed teams. Based on these findings, the researchers conclude that it may be a bad idea to force people to work in a diverse team that they wouldn’t put together themselves.

The researchers also looked at the implications of diversity between the teams and their assigned faculty leaders. One key finding was that teams with more women performed better when advised by a female faculty leader. Since this relationship is similar to the one between entrepreneurs and venture capitalists, the researchers suggested that female mentorship would likely benefit women in entrepreneurship and venture capital.

Overall, the study suggests that imposed diversity can reduce performance, but this can be alleviated when people can pick their own teams, even if this might lower overall diversity. This points to the need to take steps to eliminate bias against underrepresented groups to fully benefit from diversity. 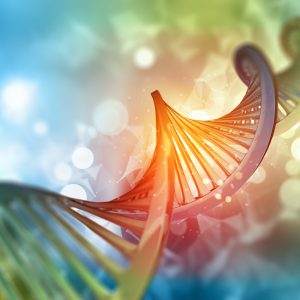 END_OF_DOCUMENT_TOKEN_TO_BE_REPLACED

Research & Resources
Can Entrepreneurs Save the Planet?