Going Further Together: The Unique Power of Mixed-Gender Coalitions Advocating for Gender Equity

Gender equity in the workplace is a goal many are striving towards—but the question of how to effectively realize this ideal remains somewhat nebulous and is thus likely to engender a variety of divergent approaches. Recent research co-authored by Elad Sherf, Associate Professor of Organizational Behavior at UNC’s Kenan-Flagler Business School, may offer pragmatic guidance for how gender equity advocacy groups can accomplish their vision. Sherf and his co-authors (Insiya Hussain of the University of Texas and Subrahmaniam Tangirala of the University of Maryland) demonstrate that in the context of gender equity, coalitions comprised of only a single gender struggle to be perceived as legitimate–albeit in different ways.

To further explore this issue, we asked Professor Sherf several follow-up questions to probe how men and women can work together to eliminate gender disparities, as well as to discern areas in which further research may be needed.

Since men have traditionally had more influence in the workplace, how can men effectively advocate for gender equity without crowding out the perspectives of other genders?

Let me begin by challenging the premise of the question. I am not sure advocating for gender equity is a zero-sum game. In my earlier work, I found that men often question whether they have a place in these types of conversations. Part of the point of this new paper is that there is a place for them.

Having said that, I think it is wise to think about the ways men can be more effective as some forms of advocacy can lead to backlash. My suggestions is to follow the three Cs:

As remote work has become more common, do the paper’s findings hold in a remote working environment? Are workers still able to form effective coalitions when working remotely?

In our research, we did not study how such coalitions are formed. However, online tools and social media have been critical to mobilization on social issues in the present era. For instance, the Women’s March was organized across cities and even countries via online tools. Moreover, most major companies have internal online forums which serve as ground zero for employees to share their thoughts and concerns, and these have often resulted in more coordinated action, such as live marches, protests, and walk-outs.

I think the challenges related to remote work in this context are like other challenges of remote work. That is, the extent to which remote work reduces the possibility to connect and discuss these types of issues. Whereas in the office, collations and other advocacy efforts may emerge from “watercooler” talks and chance encounters, these may occur less if people work remotely. Hence, the challenge is to create possibilities for informal interactions.

Do the same dynamics apply in an industry or working environment that is predominantly male or female?

Great question. Although we did not test the role of industry or work environment specifically in our research, it’s generally possible that mixed-gender coalitions would be especially effective in such work environments. Our studies do suggest that men contribute more to both legitimacy signals in the eyes of managers who tend to hold more sexist beliefs. Thus, to the extent that such beliefs are more common in male-dominated industries, we might extrapolate (with caution), that men’s participation in gender equity advocacy coalitions matters even more in such situations. The most important takeaway though, is that despite these small nuances, mixed-gender coalitions still out-performed single-gender coalitions across participants.

Advocates should be strategic when forming coalitions so that they ensure, via coalition composition, that they are signaling a right to raise the issue as well as the legitimacy of the issue itself. Men and women gender equity advocates can mutually benefit by seeking each other’s partnership rather than going at it alone.

Note, however, that our findings are descriptive rather than prescriptive. In a more perfect world, women’s advocacy for gender equity should not necessarily require the involvement of others.

When assessing advocacy efforts, managers may want to ask themselves whether they would see the issue raised by a coalition similarly if the composition of the coalition would be different. If I heard the same message from a different messenger, would that change how I view the issue. To the extent that the answer is positive, or even just unclear, it may be worth further investigation of the issue being advocated.

Do the findings around mixed-gender coalitions apply to other issues beyond gender equity?

In this paper we examine the legitimacy of demographically diverse coalitions with respect to gender equity issues only. It is possible that our findings apply to other social issues as well (e.g., race, LGBTQ rights, or even advocacy on climate change). For instance, it is possible that a mixed-race coalition that includes both Black and White members would be more effective at advocating racial justice for Black Americans, than a coalition of only Black or only White members. This is because mixed-race coalition would best be able to signal both coalition legitimacy and issue legitimacy. It’s important to note though that issues of race are different than those of gender, and each issue involves unique considerations. Thus, further research is needed with respect to some of these other issues. 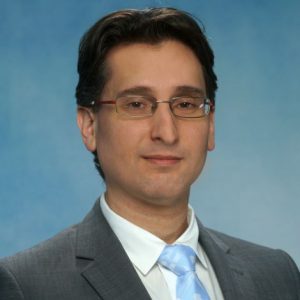