The COVID-19 pandemic focused attention on the issue of paid sick leave as perhaps nothing else could. Although healthcare experts recommend that workers stay home when not feeling well, about one-quarter of civilian workers in the U.S. don’t get paid if they stay home sick. Temporary measures requiring employers to pay for sick leave related to COVID-19 expired at the end of 2020.

The U.S. is the only advanced economy in the world without comprehensive federal paid sick leave. It is well documented that paid sick leave can reduce communicable diseases, such as the flu and presumably COVID-19. The debate around a national mandate revolves around what it would cost businesses and how this could affect the overall economy and the very employees it is meant to help.

What do sick leave mandates actually mean for jobs? To find out, researchers from UNC Kenan-Flagler Business School explored employment data before and after local or state sick leave policies went into effect. As of 2019, 11 states and 32 localities had policies requiring firms to provide paid sick leave to all local employees. The researchers expected that sick leave mandates might increase compensation costs and, therefore, decrease the demand for labor. However, they found exactly the opposite.

“We were surprised to find that employment actually went up by an average of 1.9% after the implementation of a paid sick leave mandate,” said doctoral student Turk Al-Sabah, co-author of the new study. “This effect was the strongest among low-skilled workers and workers in industries with low access to paid sick leave – employees that sick leave mandates would more likely affect.”

Capturing Cause and Effect

data from first quarter 2013 through first quarter 2019 to measure private sector employment, separations and earnings at the county level. QWI data is gathered from state unemployment insurance records and covers more than 95% of U.S. private sector jobs. And because QWI’s employment measure is based on the total count of jobs by place of employment, it can be used to examine the impact of paid sick leave mandates.

“Many studies haven’t been able to fully capture their impact because it can take several years for employment effects to arise, and most mandates have been implemented in the last few years,” said Paige Ouimet, professor of finance and co-author of the study. “Also, any time you see employment effects from a mandate, you have to find clever ways to be able to conclude whether the mandate is causing the effect or whether it is only a correlation between the timing of the law and changes in local economies.”

To do so, the researchers used a study design known as a difference-in-difference approach, which absorbs confounding factors present in the county at the time that the data was gathered. Moreover, they were able to control for differences between counties across time and explore the relative difference in post-law employment gains among workers who were less likely to have access to sick leave before the mandate and, hence, were more sensitive to the new law compared to their less-affected peers. This allowed the researchers to make stronger causal claims – something that earlier studies couldn’t do.

What’s behind the increased employment?

When the analysis revealed that sick leave mandates were increasing employment, the researchers dove deeper to find out why. It turns out that several factors are likely at play. One is retention: employees working in places with sick leave mandates were more likely to stay in their current job rather than jump to a new job. This makes workers more productive, which then leads firms to hire more employees.

“This also means that firms in areas with sick leave mandates were more likely to have more experienced workers,” Al-Sabah said. “We found evidence that GDP per employee increased, which would be consistent with a productivity increase.”

“Another contributor was the higher household income that comes with paid sick leave,” Al-Sabah said. “This effect was particularly strong for those at the bottom of the wage spectrum and can lead to increased spending in their local communities, which then increases demand for employees in that area.”

The analysis did not reveal any increase in firm closures after mandates were implemented, which implies that firms are not being disproportionately hurt by sick leave mandates. However, the researchers would like to better understand the economic cost for firms by expanding their analysis to capture changes in firm-level profitability. This would provide information that would be important to consider when developing policies around sick leave.

This Kenan Insight is based on findings from the paper, “For Better or Worse? The Economic Implications of Paid Sick Leave Mandates,” by doctoral student Turk Al-Sabah and Professor Paige Ouimet of UNC Kenan-Flagler Business School. 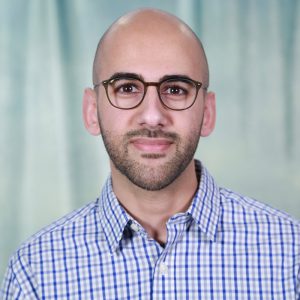 END_OF_DOCUMENT_TOKEN_TO_BE_REPLACED

Is Now the Time to Raise Minimum Wage?