Uncertainty and Supply Chain Disruptions: What’s in Store for 2023

Over the past several months, uncertainty has become an omnipresent theme across financial news. The Federal Reserve is uncertain about the trajectory of inflation, the Centers for Disease Control and Prevention is uncertain about the potential arrival of new viral strains, and geopolitical events such as the war in Ukraine inject even greater instability and volatility into the markets. Much of this uncertainty stems from COVID-19 and its disruption of essential supply chains. The pandemic caused plant shutdowns, transportation backlogs and inventory shortages – all of which, in turn, contributed to the recent surge in consumer prices, as well as to the spike in macroeconomic uncertainty.

Traditionally, the view of both economists and investors is that higher uncertainty is a bad thing that suppresses growth and valuations. One commonly used measure of uncertainty is the Chicago Board Options Exchange’s Volatility Index, which is often cited as a “fear gauge” for its tendency to spike during times of great uncertainty such as the global financial crisis of 2007-09 and the COVID outbreak. While the VIX is not currently at an extreme level, it remains elevated. Is this a bad sign for what’s to come in 2023?

Well, as they say, it’s complicated. If we zoom in on firms’ supply chain environment, we can observe two sources of uncertainty, both of which raise the overall quantity of economic uncertainty faced by each firm. Uncertainty can emanate either from greater instability in the economic conditions of firms’ suppliers or from increased variability in the conditions of its customers.  The supplier-level volatility is typically referred to as “upstream” uncertainty and the latter customer-level volatility as “downstream” uncertainty. Given that these two distinct forms of uncertainty originate in different areas of the economy, it is appropriate to ask if they affect companies in the same manner. Do they both suppress firm-level investment and stock prices? Do both rise in recessions? And which of the two is more dominant these days?

Impact of Upstream and Downstream Supply Chain Uncertainties to the Economy

A recent paper by Gill Segal, UNC Kenan-Flagler Business School assistant professor of finance, and Fotis Grigoris, Indiana University Kelley School of Business assistant professor of finance, sheds light on these questions. The authors use granular production network data to construct two distinct uncertainty measures for each firm: an upstream measure that looks at suppliers and a downstream measure that looks at customers. They find that upstream uncertainty from suppliers plays the traditional role of being associated with lower firm-level investment, sales and valuation ratios. Surprisingly, however, they also find that downstream uncertainty from customers has a positive impact on firms’ economic activity and stock prices; in other words, more downstream uncertainty predicts higher economic growth for a firm.

Perhaps more important for investors, these findings hold not just at the firm level but also in the aggregate. The authors use data from the Bureau of Economic Analysis to classify firms into two groups – primarily downstream firms, whose distance to consumers in supply chains is the shortest, and primarily upstream firms, whose distance to final consumers is the furthest. Segal and Grigoris then extract the common macro uncertainty facing each group. Consistent with the firm-level outcomes, macro-level upstream uncertainty is contractionary, while macro-level downstream uncertainty is expansionary.

Explaining the Difference: It’s All About Timing

But what is the reasoning behind these conflicting implications of both uncertainties? According to the authors, it’s all about “timing.” For example, assume that a real estate firm considers building a new high-rise in downtown Chapel Hill.  First, the firm purchases inputs – such as concrete, steel or bricks – from its supplier. The firm then converts these inputs into its own output by building the property and ultimately sells the final product to its customers – potential residents – after completion.  In reality, the middle step is pronounced because of time to build. It takes firms considerable time to convert inputs to outputs because of construction, processing and R&D. Consequently, there is an intuitive horizon-based asymmetry between the two supply chain uncertainties examined in this paper. Upstream uncertainty from suppliers that impacts the cost of inputs affects firms in the shorter run. Downstream uncertainty from customers that impacts the output price affects firms in the longer run, following time to build.

To show why this horizon asymmetry matters, the authors develop a dynamic investment model. The basic intuition goes as follows: Higher upstream uncertainty unambiguously causes firms to delay their investment decisions, as they are now incentivized to wait and learn if supplier-level market conditions will improve in the near future. By contrast, higher downstream uncertainty can disincentivize firms from delaying investment because of a long-term “growth option” effect. By waiting, firms forgo increased growth from profits that could have accrued during the waiting period.  This opportunity cost of waiting can be high when downstream uncertainty rises. If customer-level markets exhibit a boom in the future, the forgone profits would be large. But if customer-level markets disappoint, you can abandon the project.

What Uncertainty in Previous Recessions Can Tell Us About 2023

To view these dynamics in action, we can fast-forward to the most recent recession, wherein the COVID pandemic brought an almost unprecedented level of uncertainty to financial markets. This was particularly manifested in the VIX index, which rose nearly 200% in the first quarter of 2020. The VIX captures the combined effect of both downstream and upstream uncertainty, however, thus masking the full scope of the two opposite effects. So the question remains: Was the increased uncertainty associated with the COVID crisis driven by upstream or downstream uncertainty?

Although upstream uncertainty dominated most historical contractions, the opposite was true at the beginning of the COVID crisis: The independent part of downstream uncertainty rose sharply at COVID’s inception. A possible explanation is that the sharp decline in economic activity during the first half of 2020 was largely driven by lockdown restrictions and precautionary consumer behavior. This adverse demand effect propagated to the supply side of the economy, but primarily affected downstream firms.

We conclude with some words of advice for investment and policymaking. A beacon of hope is that since February 2022 – roughly the onset of the war in Ukraine – the gap between upstream and downstream uncertainty has been shrinking. At the current pace, the wedge between the two uncertainties could close by early 2023 – a positive development for market participants. Investors that seek stability should consider tilting their portfolio towards riskier stocks only when most of the “bad” upstream uncertainty clears from the market.

Policymakers should note that the positive impact of downstream uncertainty on investment is greater for longer-duration investment projects. Thus, and perhaps counterintuitively, regulation that prolongs the incubation period of projects could actually spur more long-term growth, by incentivizing firms to put a larger weight on the lost profits resulting from postponing their investment decisions. 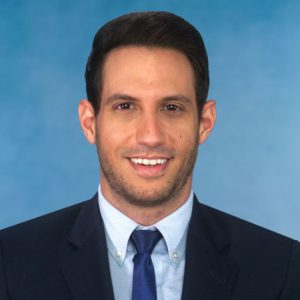 The Mother of All Supply Chain Shocks

The Unchaining of Supply Chains: Dismantling Disruption and Risk in the Post-COVID World