Who CARES? Assessing the Impact of the CARES Act

Three months after the CARES Act was signed into law, the number of COVID-19 cases is once again soaring across the country, and the pandemic continues to rage through the economy.

In response to the unprecedented economic suspension and rocketing unemployment caused by the COVID-19 pandemic, the federal government launched the CARES Act—the largest fiscal stimulus in modern history—in April 2020. The CARES Act focuses on three primary policy goals: increasing consumer spending through direct cash payments to households; providing liquidity to small- and medium-sized firms and keeping workers on payroll through the Paycheck Protection Program (PPP); and providing an extended safety net to millions of Americans by temporarily expanding the unemployment insurance system.

At $2 trillion, the program fell short of need, forcing Congress to add more stimulus dollars at the end of April. Three months after the CARES Act was signed into law, the number of COVID-19 cases is once again soaring across the country, and the pandemic continues to rage through the economy.

As policymakers now consider a next round of economic stimulus policies, it is important to assess the effectiveness of the CARES Act in achieving its policy goals to date. Our review of the recent data shows the limitations of traditional policies, such as stimulating demand and providing liquidity, in response to a recession driven primarily by pandemic-related health concerns. The next round of policies will need to take into account the fact that a full recovery of the economy will be hard to achieve until the COVID-19 threat to public health passes.

Tracking economic activity with high-frequency data from a variety of sources, such as credit card processors, payroll firms and financial services, reveals the devastating nature of COVID-19’s impact on millions of small businesses and low-wage workers. The data show that the sharp reduction in consumer spending—especially among high-income households and on goods and services (food and accommodation services and retail trade) that require in-person contact—fell disproportionately on employees and small local businesses in affluent areas. As entire industries were brought to an almost instant standstill, the economy lost tens of millions of jobs, especially among hourly workers. It is, therefore, important to evaluate the effectiveness of the CARES Act in increasing employment among low-income workers. Indeed, the disproportional nature of the economic impact on this segment of the economy and its workforce is likely why traditional policy responses are falling short in mitigating the act’s impact.1

How successful were the stimulus checks sent by the federal government to nearly 160 million Americans in spurring consumer spending and restoring employment? The data show that stimulus payments did sharply increase total consumer spending, in particular for low-income families. However, that may be hardly surprising. Plenty of studies show that lower-income households, which often are more liquidity constrained, have higher marginal propensities to consume. Moreover, low-income households are not likely to have as high a (pre-COVID) base level of spending as high-income households. Thus, the increase in total consumer spending is not sufficient to call the stimulus payments successful in hitting their mark.

What is more noteworthy, perhaps, is the composition of goods on which households spent their stimulus checks. On this front, the analysis shows that stimulus payments were not able to keep small businesses from being the most vulnerable to COVID’s most devastating impact. Indeed, sectors and businesses that were the hardest hit by the pandemic—leisure, hospitality, and general services—were not the recipients of extra stimulus dollars; in fact, a large fraction of the increase in consumer spending appears to have gone to durable goods.

A look at who spent their stimulus dollars where throws the pandemic’s disproportional effects further into relief. The early data show that small local businesses in low-rent neighborhoods experienced a sharp increase in revenues around the time of the check payments; this is in stark contrast to those located in high-rent areas, where there was no increase in revenues. To the extent rent is considered a proxy for affluence and density, this suggests that the stimulus dollars have not reversed high-income households’ reluctance to come into contact with the virus by spending at local businesses. Ultimately, neither group of businesses showed any significant improvement in employment among low-income workers. This is not good news for restoring employment among those hardest hit by the COVID shock. Stimulating demand without assuring health safety is not a durable strategy in a pandemic-ridden economy.

The second piece of the CARES Act intended to throw a lifeline to small- and medium-sized businesses was in the form of a Paycheck Protection Program (PPP). Initially set at $349 billion, PPP aimed at keeping workers employed by providing small businesses with government-guaranteed, forgivable loans. The program, administered by the U.S. Small Business Administration, quickly ran out of funds days after it launched, moving Congress to approve an additional $310 billion, making the PPP one of the largest economic stimulus programs in U.S. history.2 However, a lifeline even as big as this one is only as good as the extent to which it reaches its target. So it is natural to wonder whether PPP loans hit their intended target and if flows were to the areas and businesses that were hardest hit by COVID-19.

Preliminary analyses of how the first round of loans was distributed suggest help did not consistently reach where it was most needed. It does not appear that PPP loans flowed to areas with the worst local economic impact, whether measured by the COVID-19 case count, unemployment claims or the number of shutdowns.3 On the contrary, the data suggest that a greater fraction of businesses received PPP loans in areas with better employment outcomes and fewer COVID-19 infections and deaths.4 In addition, in light of the wide-spread anecdotal evidence about credit misallocation, it is hard to conclude that PPP successfully hit its target. Because businesses with pre-existing bank relationships were also the ones that secured PPP loans, the program as a policy tool appears to have had limited bearing on assisting the most vulnerable small businesses. If firms with smaller reductions in their business, which were therefore more likely to maintain their payroll, were more likely to be PPP recipients, it is difficult to expect that PPP has had significant success in stopping or even decreasing unemployment.

PPP may have proved less efficient than its European counterparts, where governments have pledged to pay 80 to 90 percent of wages of furloughed workers as a form of social insurance. Contrast an unemployment rate of nearly 15 percent in the U.S. with, for example, Germany’s rate, which inched up to 6.3 percent in May from 5.8 percent in April.

All of this might mean that more funding will almost certainly be necessary in the future. In its next version, PPP will need to be more targeted.

The last piece of the CARES Act temporarily extended the unemployment insurance system by adding $600 a week to the insurance benefit, as well as expanding eligibility and the length of time of the benefit period. The extra amount offered is significant, given that the average unemployment payout was $370 in 2019 and the maximum unemployment benefit is much less than that in many states. While the increased benefit provided much-needed relief to millions of laid-off employees, especially low-wage workers, it is difficult as yet to assess its overall effect. Problems with state-level unemployment insurance systems and the administration of benefits have caused significant delays for recipients. For some, an additional $600 per week also means that their unemployment benefit would be higher than their pre-COVID wages. This potential for the creation of distorted economic incentives is not lost on the program’s critics. The extra unemployment benefits are set to expire by the end of July.

As the federal government considers what is needed in the next round of economic stimulus, it should consider the following issues and alternatives:

2 On July 4th, the PPP was extended until August 8th. 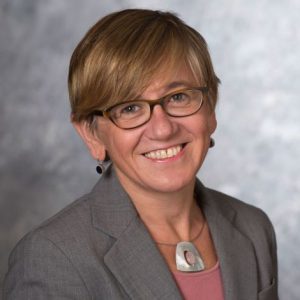