Where Did All the PPE Go? The COVID-19 Disconnect Between Hospitals and the Healthcare Supply Chain

Why Are Supplies So Scarce?

Across the nation, we’re seeing shortages of personal protective equipment (PPE), COVID-19 test kits and their components such as swabs and reagents, and ventilators and medications needed to treat patients. How did we get here, and what should we do going forward?

“You should not be asking today for what you need next week—you should be asking for it at least a month in advance. We were a little bit behind the curve.”
Professor Jayashankar Swaminathan, UNC Kenan-Flagler Business School

Research offers some guidance. Professor Jayashankar Swaminathan of UNC Kenan-Flagler Business School studies supply chain dynamics. He says one key challenge with complex supply chains is the lag time between placing an order and receiving a finished product. This means swift, decisive action can be crucial when needs are mounting rapidly.

“You should not be asking today for what you need next week—you should be asking for it at least a month in advance,” says Swaminathan. “We were a little bit behind the curve.”

Another issue is that manufacturers cannot scale up production instantaneously. The barriers are perhaps most acute in places that lack established manufacturing capacity. “As supply chains have become more global, a lot of outsourcing has happened and, as a result, we now find ourselves in the U.S. in a situation where we have very limited manufacturing of these [medical] products,” explains Swaminathan. “That is really hampering us.”

One way to overcome the inherent limitations of supply chains is to prepare for surge demands in advance at both the hospital and business level, and through resources such as the Strategic National Stockpile. But as supplies have been rapidly depleted in recent weeks, it has become evident that these preparations have not been sufficient.

“For a lot of good reasons, operations have been running very lean and are trying to be much more ‘just-in-time’. The challenge is that then the system becomes more brittle, and that’s what we’re seeing now.”
Professor Bradley Staats, UNC Kenan-Flagler Business School

Professor Bradley Staats, director of the UNC Kenan-Flagler Center for the Business of Health, says events such as today’s pandemic are hard to plan for, but they’re not unimaginable. Scenarios like this are often referred to as “long-tail” events—the low-frequency, high-impact events represented at the far end of a probability curve.

Maintaining stockpiles requires balancing operational risks—including long-tail scenarios—against the benefits of having more capital available from day to day. “For a lot of good reasons, operations have been running very lean and are trying to be much more ‘just-in-time,’” Staats says. “The challenge is that then the system becomes more brittle, and that’s what we’re seeing now.”

Making the Most of What We Have

Given that it’s going to take time to resolve the current supply shortages, it’s critical to optimize the use of what we have. Swaminathan has studied strategies for allocating resources in humanitarian medical operations, where a lack of supplies is often a limiting factor.

In these situations, the “first-come, first-served” approach typical of healthcare and supply chains is not ideal, Swaminathan says. Using models, his research has found that setting thresholds for allocating resources based on expected benefit can increase the overall number of disease-free years of life saved by up to 30 percent.1

The difference is most pronounced in extreme situations—like the one we’re currently facing—in which inventory is very low and the need is very high. By holding some resources back for those in greater need of them, more lives can ultimately be saved. Thresholds should be based on evidence and tied to the rate at which moderately ill people are expected to become more severely ill.

At the point of care, this translates to weighing the expected benefit of using a particular piece of equipment or dose of medicine for the patient in front of you against the expected benefits of saving it for the next patient in line, Swaminathan says. But the same principles apply to allocating resources at state and national levels.

This takes solid processes, as well as some judgment calls—ideally based on evidence. “How do we make sure that those choices are made in the best interests of the citizens of the United States, rather than in any one smaller special interest?” Staats posits. “The good news is that there are a lot of areas where the government allocates scarce resources and does it spectacularly well. In a crisis, though, is where those systems are going to strain.”

Timing is key. Swaminathan’s modeling research shows that funding or supplies delivered early during a crisis have a much greater benefit than those delivered later. In extreme situations, getting less funding, but getting it sooner, can have a greater overall benefit than more funding spread out over a longer time. The lesson here, he says, is to get as many supplies as possible—as quickly as possible—to those who need them.

In addition to laying bare the weaknesses of a highly interdependent, highly global supply chain, the pandemic has also highlighted the downfalls of relying on sole-source suppliers. For example, the Centers for Disease Control and Prevention initially restricted the production and use of COVID-19 tests—an understandable effort to ensure quality control that had the unintended consequence of delaying the widespread deployment of tests.

In the future, supporting a more diverse supply base and domestic production capabilities, as well as maintaining adequate stockpiles, could help to overcome some of the types of challenges we’re seeing today, Staats says.

For now, it will continue to be valuable for businesses and hospitals to be creative in ramping up capacity and repurposing existing assets. For example, Staats notes that many hospitals have shown admirable adaptability in conserving medical supplies and converting facilities for elective procedures into makeshift intensive care units for COVID-19 patients. Laudably, some have contributed equipment to organizations facing greater demands, such as recent shipments of ventilators from West Coast states to harder-hit healthcare systems in New York.

Similar innovation is happening in businesses and even at the level of individuals, says Swaminathan. He pointed to examples of non-medical production facilities being converted into factories for masks, ventilators and hand sanitizer, and the use of 3D printers to create needed equipment. That sort of innovation is going to be crucial to getting the country through the current crisis. 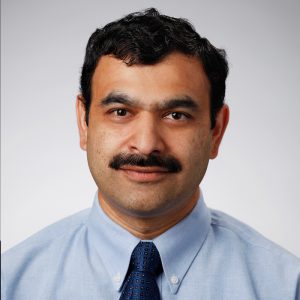 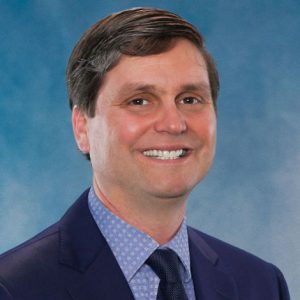 Professor of Operations, Faculty Director of the Center for the Business of Health, UNC Kenan-Flagler Business School 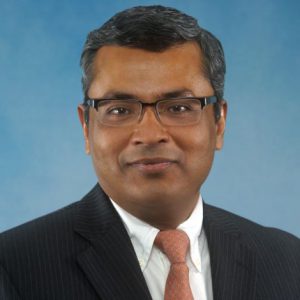 Institute Insights: Task Selection and Workload in the ER

Institute Insights: Increased Use of Predictive Analytics Is Re-Shaping the Factory Floor; Headquarters Relationships with Managers and Employees Shift

Hungry for a new solution