In recent months, mechanisms that have allowed for high-skilled foreign nationals to work and attend universities in the United States have been put on the policy chopping block. First, in June, President Trump signed an executive order suspending nonimmigrant work visa programs, including the H-1B program for skilled workers and certain subcategories of J-exchange visitor visas. The order runs through the end of 2020. Soon after, the Trump administration announced that international students whose programs were switching to virtual instruction due to COVID-19 concerns would be stripped of their F-1 visas and would need to leave the country. The rule was rescinded after universities strongly opposed it and initiated eight federal lawsuits, led by Harvard and MIT.

These policy actions were made under the pretext of protecting American workers and ensuring economic opportunities would not be taken away from citizens in light of economic fallout from the COVID-19 pandemic. However, they have reinvigorated a debate around United States immigration policies, especially those designed to attract high-skilled immigrants to work, learn, start businesses and innovate in the U.S. A growing body of rigorous academic literature demonstrates that high-skilled immigrants provide a range of long-lasting and material benefits to the U.S. economy, particularly through entrepreneurship and innovation. Consequently, it is important that the U.S. both address the current employment crisis as well as plan for a post-recovery future where it must remain competitive in the global economy.

Immigrants are an integral part of the American entrepreneurial ecosystem. In fact, immigrants around the globe appear to be more entrepreneurial than their native-born counterparts. Analysis of immigrant occupational tendencies indicate that in many developed countries, including the United States, immigrants have higher rates of business ownership compared to native-born citizens (Borjas, 1986; Fairlie & Lofstrom, 2015; Fairlie, Zissimopoulos, & Krashinsky, 2010; Lofstrom, 2002), although the exact rate has varied, depending on the scope of the study.

In recent years, debate has centered on the economic impact of high-skilled immigrant entrepreneurs, especially in high-growth sectors such as the tech sector. Since high-growth industries play a pivotal role in broader economic conditions through job creation and tax revenue, it is important to understand the value immigrant founders in these industries have in their sectoral and regional environments. Research on U.S.-based, high-skilled immigrant entrepreneurs often focuses on the Silicon Valley region. Saxenian (2002) pioneered research that examines the economic contributions of skilled immigrants, especially those of Chinese and Indian origin, to the San Francisco Bay Area, as well as California overall. The analysis documents how a transformation of the U.S. immigration system, via the Hart-Cellar Act of 1965 and the Immigration and Naturalization Act of 1990, coincided with the growth of emerging high-technology industries in Silicon Valley. These new immigration policies favored highly educated immigrants, including engineers and scientists. As Silicon Valley’s need for a skilled workforce increased through the 1970s and 1980s, more foreign-born workers were helping to fulfill this need. By 1990, 25 percent of the total Silicon Valley workforce was foreign-born, with most of the workers concentrated in professional occupations.

Taking a wider view, later studies measure the impact of skilled immigrants on the high-tech sector throughout the United States. In particular, Hart and Acs (2011) conducted a representative study of 1,300 high-impact firms in high-tech fields. They found that 16 percent of the companies have at least one immigrant on the founding team. Although this number is lower than that documented by Saxenian (2002) for the Silicon Valley region, it represents a significant contribution of immigrant talent to American firms.

When looking at the founding of the United States’ largest startups—widely known as “unicorns” (startups with an estimated value of $1 billion or more)—immigrants play a starring role. According to a report from the National Foundation of American Policy, as of October 2018, 50 of the 91 unicorn startups (or 55 percent) had at least one immigrant founder. These immigrant-founded startups employ an average of more than 1,200 workers each, and have a collective value of $248 billion (Anderson, 2018b).

Implications for the Greater Innovation Economy

Beyond entrepreneurship, high-skilled immigrants contribute significantly to the overall innovation of American firms. Several studies have measured the innovation impact of immigrants using patent data. According to Bernstein, Diamond, McQuade, & Pousada (2018), immigrants produce more patents, patent citations and patent-derived economic value than native citizens. Despite being just 16 percent of inventors in 2018, they were responsible for 23 percent of patent production during that time period.

A significant indicator of skilled immigrants’ value to American innovation is the economic worth of their patenting. Bernstein et al. (2018) find that immigrants have generated 25 percent of the aggregated economic value created by patents produced by publicly traded firms. This is a significant contribution, equating to a 47 percent increase relative to their share of the inventor population working for publicly traded companies.

Attracting high-quality talent often starts at the university level. In the 2018-2019 academic year, there were more than 1 million international students studying in the United States, with over 50 percent pursing STEM fields—the primary driver of innovation and invention.1

“The value of the education offered by Plaintiffs hinges on the diversity of perspective offered by these international students. Rendering their participation impossible or insignificant will impair the educational experience for all Harvard and MIT students. Moreover, Harvard and MIT also depend on some F-1 graduate students for teaching support in their undergraduate programs…. Many of Harvard’s curricular programs depend on the presence and diversity of international students.”

Broadly, international students are integral collaborators in the innovation of all fields and they are drivers of productivity at research universities. For example, Chellaraj, Maskus & Mattoo (2008) found that a 10 percent increase in the number of foreign graduate students would raise patent applications by 4.5 percent, university patent grants by 6.8 percent and non-university patent grants by 5.0 percent.

Despite this evidence, significant hurdles exist for high-skilled foreign nationals to obtain visas that allow for starting new ventures or working for firms that could benefit from their expertise. In the current era of global talent competition, we suggest a number of specific policies that the United States can implement to lower barriers for immigrant innovators and entrepreneurs, including recruiting talent through universities: 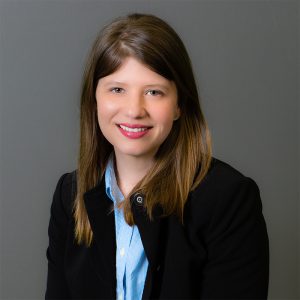